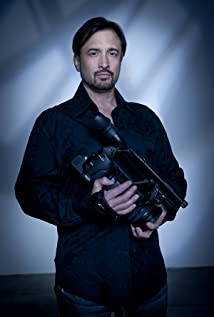 Miles Long is an award winning and 4 time Hall of Fame Director, Producer, Cinematographer, Photographer, Actor, Writer and Record Label Owner. He entered the film industry in 1999. Between 1999 and 2005 he worked primarily as an actor. Starting in 2003 he moved behind the camera and began working as a Director, Assistant Director, Cinematographer, and Photographer.He has worked for video companies New Sensations, Third Degree Films and Zero Tolerance Entertainment, internet companies Brazzers, Mofos, Twistys and Babes, and since 2014 he has worked for CE Cash, Bang.com, BangBros, LegalPorno and Dogfart Network along with his the 2 companies he owns, Miles Long Productions and Little Dragon Pictures. His work has garnered numerous accolades including, 88 Award nominations, 11 awards and his induction into 4 different Halls of Fame. He is one of the few persons in the adult industry to be inducted into the AVN, Nightmoves, XRCO and Urban X Halls of Fame. Long's first scene was for Northern Sights (2000) with his then-wife, Shay Sights. He also worked with Jenna Haze in her first adult film release, Joey Silvera's Service Animals 4 (2001). Long moved behind the camera in 2003, starting as a assistant director for Jill Kelly Productions. He then began working as a cameraman and director of photography for Michael Ninn. In 2005 he became the head of production for X-Worx. His first release, Muff 1 (2004), garnered an AVN Award nomination for 'Best All-Girl Series' in 2006.In 2006 he began working as a Director for New Sensations, where he received AVN Award nominations for Best Director and Best All Sex Film in 2007 for Addicted Again (2006), as well as nominations in 2008 for Best All Sex Release, Best High End All Sex Release and Best High Definition Release. In 2008 he began to direct for Third Degree Films and Zero Tolerance Entertainment, where he would win his first AVN Award in 2009 for Best MILF Release for The Cougar Club (2008) in the inaugural year for that award category. It was also the first of his titles to hit #1 on the sales charts. He won an additional AVN Award in 2010 for Best All-Sex Series for Addicted (2006). In 2011 he was inducted into the AVN Hall of Fame and appeared in LIFE magazine. In 2012 he won an additional AVN Award for Best Foot Fetish/Leg Release for Nylons 8 (2010) and participated in the first ever live broadcast for AVN.com for the Virtual AEE show along with Tanya Tate and Julia Ann.Long branched out into mainstream TV in 2007 as the Director of Photography of the television series Untold Stories: Strip Club Confessions (2007), and starting in 2008 he began to make a name for himself as a Photographer, with his photos and layouts appearing in mainstream and men's magazines worldwide. He is the industry's only Steadicam owner/operator and has shot a wide variety of subject matter, including SWAT team competitions, Ultimate Fighting events, music videos, motorcycle stunts and television shows. He has had covers and layouts appear in the mainstream magazines & newspapers "FHM", "Playboy", "Maxim", "Got Curves", "Vegas SEVEN", "USA Today", "Yahoo News", "Biz Woman", "The Telegraph", "Business Insider", and American Magazines "Adult Video News", "Barely Legal", "Cheri", "Club", "Club Confidential", "Club Extreme", "Club Explicit", "Club International", "Finally Legal", "Fox", "Gallery", "Genesis", "Gent", "Hawk", "High Society", "Hustler", "MILFs in Heat", "Nightmoves", "Spicy Latinas", "Velvet", "XBIZ" and "Xcitement" as well as UK magazines "Fiesta" and "Ravers DVD" and French magazine "Hot Video". Also of note, in 2011 he trademarked his stage name and successfully litigated against companies enforcing both his Trademark and Copyrights numerous times.His photography has received critical acclaim and has led to his transition into mainstream markets in both the Las Vegas and Los Angeles, where he continues to shoot billboards and ad campaigns for various companies, making him one of the few people who have successfully been able to work in both the adult and mainstream market spaces at the same time. This in turn has led to his becoming the staff photographer for numerous high profile clients including a Lingerie company, Restaurants, Nightclubs, Custom Clothing manufacturers, Firearms manufacturers, Perfume Companies, Record Labels, Music Industry Magazines and Musicians.Starting in 2011 he began shooting billboard ad campaigns for Gentlemen's Clubs in the Los Angeles area featuring well known stars such as Chanel Preston and Lexi Belle. In January 2013, he shot the billboard ad campaign for the event he hosted along with Gracie Glam & Kendall Karson at TABU Ultra Lounge in the MGM Grand Las Vegas during the 2013 AVN Awards weekend. It was the first time a photographer from his market space was allowed to shoot inside the MGM property and the event and his shoot were covered by mainstream press including the Las Vegas Sun and Las Vegas Weekly. In 2018 he shot the national P

Seduced by A Busty Cougar

Stuffing All of Her Holes

Ivy Lebelle Gets Her Pussy & Asshole Stuffed With Cock

World Of BangBros: She Likes It Rough Vol. 1