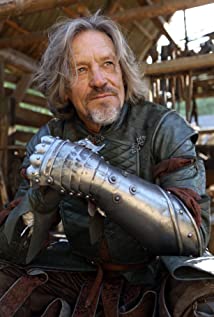 Born in Zimbabwe, Miles is the second son of Major General 'Jock ' and Daphne Anderson. Miles flew to England and trained to be an actor at The Royal Academy of Dramatic Art in London, winning among others, the prestigious Ronson Award and the Silver Medal. He then started his first stint at the RSC in 1970. For the next 40 years he led a highly successful career In theatre , TV and film. He is perhaps best known for his television appearances as Colonel Aidan Dempsey in ITV's Ultimate Force, Roger O'Neill in the award-winning House of Cards, Terry Fox in BBC's Holby City and Colonel Dan Fortune in the hit series Soldier, Soldier. His stage appearances in the West End and for the Royal Shakespeare Company won him huge acclaim, among them, The Witch of Edmonton, The Twin Rivals, Macbeth, The Weir, Oliver! and Twelfth Night. He was awarded three London Critics Awards In the 1981 season at Stratford and an Olivier Nomination for Sigismund in Life's A Dream. He has the distinction of being the first adult male to play Peter Pan in Trevor Nunn's production at The Barbican in 1983. In 2008 he fulfilled a lifelong dream and emigrated to the US becoming a citizen in 2016. In the US, he has appeared in television including Criminal Minds, Baskets, Battle Creek,), and films including Ryan Gosling's LaLaLand, The Wind, Radioflash and most recently as Lennox in Joel Coen's 'The Tragedy Of Macbeth'. He has also starred in three highly successful theatre seasons at the Old Globe San Diego in their Shakespeare Festivals of 2010, 2011 and 2013 under the directorship of Adrian Noble and for his performance as King George in The Madness of George III in 2010, he was awarded the Craig Noel San Diego Critics' Circle Award for Best Actor in a Lead. His 2011 performance as Salieri in Amadeus garnered critical superlatives and his Prospero in The Tempest again secured him the nomination for Best Actor by the San Diego Critics' Circle. In 2013 he again won the San Diego Critics Circle Award for his Outstanding Performance of Shylock in The Merchant of Venice.Miles is the proud father of two highly successful sons by his former wife Lesley Duff; actor Joe Anderson and chef and former world Streetboard champion Max Anderson. He is married to actress and author Professor Bella Merlin and lives in Los Angeles.