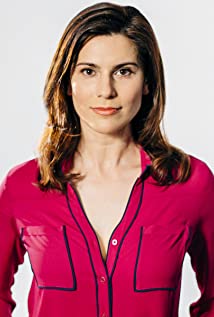 Milena Govich is a director, actor, and musician who has most recently served as co-executive producer/producing director for Dick Wolf's CBS series FBI (2018). She has also directed Chicago Fire (2012), multiple episodes of Chicago Med (2015), and the new NBC series The InBetween (2019). Milena was one of eight filmmakers selected for AFI's prestigious Directing Workshop for Women, as well as the exclusive Sony Pictures Television Diverse Directors Program. Her short film and TV series proof-of-concept called Unspeakable, starring Laura Vandervoort and Jeff Kober, had its World Premiere at SXSW and won Best Episodic at Seattle International Film Festival and Best Pilot at SoHo International Film Festival. Her short film Temporary (2017) has played all over the country, winning Best Narrative Short at Anthem Film Festival, Best Dark Comedy at Atlanta ShortsFest, and the Director's Choice Award at Sedona International Film Festival.As an actor, Milena has appeared in close to 100 episodes of television. She first gained national attention in CBS's Love Monkey (2006), then as the prostitute/con-artist Candy on three seasons of Rescue Me (2004) (Denis Leary/FX). She also starred in the Dick Wolf series Conviction (2006), which led to her role as the first and only female detective on the Emmy-winning series Law & Order (1990). She has been featured or recurred on numerous other shows: K-Ville (2007) (Fox); The Defenders (2010) (CBS); Make It or Break It (2009) (ABC Family); and as Lori Stevens on the MTV drama Finding Carter (2014). Milena has also appeared in several movies, including Sordid Things (2009); A Novel Romance (2011), starring opposite Steve Guttenberg; Pass the Light (2015); #Lucky Number (2015), starring opposite Method Man; and the features Closure (2018), Be the Light (2020), and The Cleaner (2021).A native of Norman, Oklahoma, Milena was valedictorian of her high school before completing a double major in vocal performance and pre-med, with minors in dance and violin at the University of Central Oklahoma, also graduating valedictorian. Soon after, she capitalized on her classical ballet training to appear on Broadway in the Sam Mendes/Rob Marshall production of 'Cabaret' at Studio 54. She began in the role of Lulu, featuring her singing, dancing, and playing violin, and was the understudy and eventual replacement for the lead role, Sally Bowles. Milena also danced on Broadway in the musical revival of 'The Boys From Syracuse' (choreographed by Tony winner Rob Ashford), and the Beach Boys musical 'Good Vibrations.' She starred as Millie in the first regional production of 'Thoroughly Modern Millie,' and starred in the title role of 'Sweet Charity' at the Lyric Theatre in NYC.Milena resides in Los Angeles and is actively developing TV/film projects with her husband and producing partner, writer David Cornue.www.milenagovich.com

Susanne and the Man