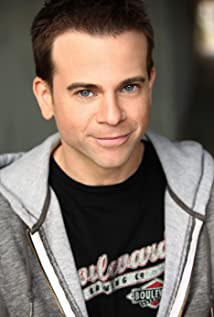 Mikey Kelley is a voice actor who landed his first major job when he was cast as the lead in Steven Spielberg's Invasion America for The WB Network. He's gone on to voice several animated projects including the 2007 big screen movie TMNT as the character of Michelangelo, Scooby-Doo and the Cyber Chase, The Super Hero Squad Show, Elena of Avalor, Transformers: Robots in Disguise, Batman: The Brave and the Bold, The Stinky & Dirty Show, Ben 10, Harvey Beaks, Rocket Power, The Land Before Time, The Adventures of Puss in Boots, Wabbit, among others.On the commercial front, he's worked on a host of television and radio campaigns.Mikey has also been featured in a variety of video games including Lego Star Wars: The Force Awakens, Lego Jurassic World, Halo 3, Tony Hawk's Underground, Full Spectrum Warrior, Viewtiful Joe, Metal Gear Solid: Portable Ops, Final Fantasy XIII-2, Mad Max, as well as many others.Mikey was born and raised in Quincy, Massachusetts. He graduated from Emerson College.

Kulipari: An Army of Frogs

The Adventures of Puss in Boots