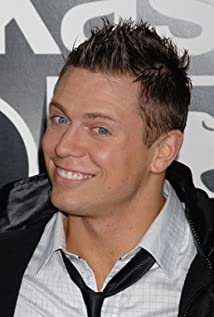 Takma İsimler: The Miz, "The Awesome One", "The Chick Magnet", The Grand Mizard of Lust

Michael "The Miz" Mizanin was born in Cleveland, OH on October 8th, 1980 to Barbara and George Mizanin. He graduated with honors from Normandy High School before attending Miami University of Ohio (where he was a member of the Theta Chi Fraternity).While in college, he auditioned for The Real World after seeing a casting call on MTV. Despite doubts about his ability to perform on a reality show, Mike went on to become one of the most popular cast members of the show's 10th Season, subtitled "Back to New York." It was on this show where he debuted his wrestling alter ego: "The Miz." In the years following, Mike "The Miz" became a mainstay on MTV, hosting various popular shows on the network and competing on The Real World's sister show, "Real World/Road Rules.""The Miz" went from alter ego to reality after Mike moved to Los Angeles, where he auditioned for the WWE's "Tough Enough." Despite finishing in second place, Mike's performance impressed the WWE executives enough for them to grant him a developmental contract.In the 12 years and counting that followed, The Miz has become one of WWE's biggest stars. He has won the WWE, US, Intercontinental, and Tag Team titles (making him the 25th Triple Crown and 14th Grand Slam Champion in the history of the WWE).In addition to his wrestling stardom, Mike has established a robust film career as well. He is best known for playing Sgt. Jake Carter in "The Marine 3: Homefront" and "The Marine 4: Moving Target." The next film in the series ("The Marine 5: Battleground") is set to be released in 2017.