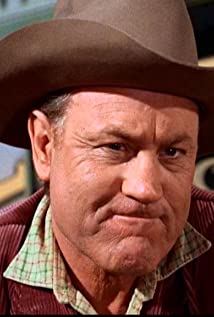 Los Angeles-born Holly Bane (who later changed his name to the more macho-sounding Mike Ragan) didn't start out to be an actor--he wanted to be a big-band musician. That didn't work out for him, unfortunately, so he wound up getting a job as an office boy at MGM at age 15. From there he worked his way into the makeup department, working on such productions as The Good Earth (1937) and under the tutelage of famed make-up artist Jack Dawn. He soon began working in front of the camera, first in bit parts in action pictures, but service in the US Marine Corps during World War II put the brakes on his acting career. Upon his return to civilian life at war's end he went back to his make-up job, but eventually decided to trade it for work as a full-time actor. His stocky build and somewhat menacing attitude got him a lot of work in westerns as a heavy, usually a gunfighter or henchman, often at Republic Pictures.He actually divided his time between acting and make-up work, and in the 1960s, when westerns began to fade from the scene, he went back to make-up full time, eventually working on many prominent TV shows, such as Welcome Back, Kotter (1975), Barney Miller (1975) and Fish (1977).He died in 1995 in Los Angeles of complications from emphysema.

Dead Heat on a Merry-Go-Round