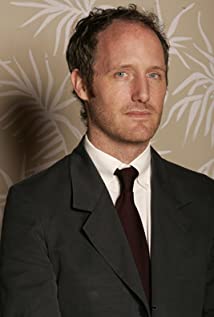 Mike Mills was born in 1966, Berkeley, California. He graduated from Cooper Union, 1989.He works as a filmmaker, graphic designer and artist. As a filmmaker, Mike has completed a number of music videos, commercials, short films, documentaries, and the feature film Thumbsucker (2005). Architecture of Reassurance (2000), a short film he wrote and directed, was in the 1999 Sundance Film Festival, Edinburgh International Film Festival, Oberhausen short film festival, and The New York Museum of Modern Art's New Directors New Films. Paperboys (2001), documents the daily life of six boys in rural Minnesota. Deformer (2000) documents the life of the world-famous skateboarder Ed Templeton, was featured in the Edinburgh and Rotterdam International film festivals, and Air: Eating, Sleeping, Waiting and Playing (1999), a tour documentary of the French band Air and their audiences is available on DVD. The connected documentaries "Hair Shoes Love and Honesty" (1998) and "Not How Or When Or Why But Yes" (2004) have been presented at The Alleged gallery, the Mu Museum, and Res Fest Internationally. Other works include a short film documenting the music theory of jazz composer Ornette Coleman, as well as several short films for Marc Jacobs.In 1996 Mike co-founded The Directors Bureau with Roman Coppola, a multidisciplinary production company that also represents Geoff McFetteridge, Shynola, Sofia Coppola and Mark Borthwick. His commercial work includes international campaigns for clients such as Levis, Gap, Volkswagen, Adidas and Nike. Mike has directed many music videos for bands such as Air, Pulp, Everything but the Girl, Les Rythem Digitales, Moby, Yoko Ono, and the Jon Spencer Blues Explosion. "The Directors Series" will distribute a retrospective DVD of his videos and short works. In 2005 Mike retired from the Bureau and from directing advertisements. Mike's first feature film, Thumbsucker (2005), which he adapted from the novel by Walter Kirn, won acting awards at the 2005 Sundance film festival, the Berlin International film festival, and Mike received the 2005 Guardian New Directors award at the Edinburgh International film festival. As a graphic artist, Mills has designed CD covers for bands such as Sonic Youth, The Beastie Boys, Boss Hog, Buffalo Daughter and others. Until 1998, Mike created all the graphics for X-girl, Kim Gordon and Daisy Von Furth's clothing company. Mike has designed scarves and fabrics for Marc Jacobs, skateboards for Subliminal, Supreme, and Stereo, and he has designed books such as "Hyper Ballad" and "Baby Generation" featuring the photographs of Takashi Homma.In 1996 Mo Wax records released a 12" album filled with posters and other graphic items created by Mike entitled "A Visual Sampler: Posters by Mike Mills". This one-of-a-kind release was accompanied by a touring exhibition in the summer and fall of '96 in New York City at the Andrea Rosen Gallery, The Adam Bray Gallery in London, as well as galleries in Tokyo and Sydney. In 2003 Mike stopped working for clients and began his own graphic line "Humans" (www.humans.jp) which includes fabrics, shirts, posters and ribbons. Based in Tokyo, Humans has been exhibited at clothing stores and galleries such as Nieves in Zurich, Trip in Milan and Cow Books in Tokyo. Mills work was included in the Cooper Hewitt Museum's, 2003 National Design Triennial. Other gallery exhibits include: 1996 solo exhibit, "Help" at The Alleged Gallery, New York. 1997 "Teenage Objects" at Gallery Collette in Paris. 1998 solo exhibit "Hair, Shoes, Love and Honesty" at the Alleged Gallery, New York. 2001 solo exhibit, "What Will You Do Now That You Know It's The End". 2004, solo exhibit, "Not How Or When or Why, But Yes" at the MU Gallery in Eindhoven, the Netherlands. 2004 Group show, "Beautiful Losers" Contemporary Arts Center Cincinnati, and the Yerba Buena Center for Arts, San Francisco.

I Am Easy to Find

Fight for Your Right Revisited