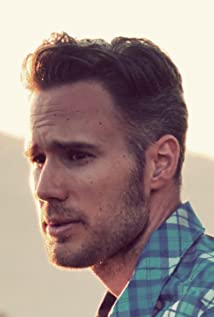 Mike Malloy was born on March 22, 1976 in Metaire, Louisiana. Descended from immigrants who were cops and bricklayers in New York City in the early 20th Century, Malloy grew up in Houston, Texas after his family moved there due to his father's job in the petroleum industry. Mike pulled off a double major in theatre and studio art at Troy State University in Troy, Alabama in a mere three years. During this time Malloy secured his first book contract from McFarland to pen a biography on legendary spaghetti Western star Lee Van Cleef. Moreover, Mike also studied acting with Eb Lottimer in Florida in the late 1990's.Upon moving to Los Angeles, California in 2001 Malloy not only joined the staff of Cult Movies magazine, but also contributed as a freelance writer to such print and online publications as Filmfax, Slate.com, Video Watchdog, Flaunt Magazine, and the TCM blog with a special emphasis on tough guy subject matter. Mike went on to snag a book contract for Movie Tough Guys of the '70s: An Encyclopedia, which he spent two years writing and researching before having to abandon the project after his Atlanta, Georgia home was burglarized and his laptop computer and back-up hard drive boosted.In the wake of this unfortunate incident Malloy decided to put writing on the back burner and concentrated instead on the making of the documentary Eurocrime! The Italian Cop and Gangster Films That Ruled the '70s (2012), which was a substantial festival and critical hit. A recognized authority on cinematic tough guys, Mike has gone on to receive opportunities to write scripts that include a couple of drafts of the screenplay for the official Django (1966) sequel Django Lives!. Moreover, Malloy has also eked out a career as an actor: Among the beloved thespians Malloy has had the honor to share the screen with are Brett Halsey and Dan van Husen in The Scarlet Worm (2011), Mel Novak in Samurai Cop 2: Deadly Vengeance (2015), and Ron Van Clief in Hot Lead Hard Fury (2018). In addition, Mike directed the music video for "Gunfighter" by Midnight Larks as well as has provided video introductions for a series of DVD and Blu-ray releases by Raro Video.