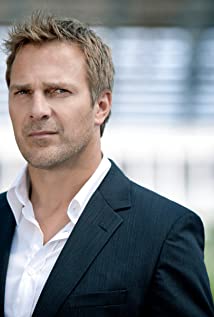 Mike Dopud can be seen on the STARZ hit show POWER. He plays Jason Micic, Serbian leader of a huge drug cartel. (Series Regular). He is also recurring on the CW series THE 100 where he plays, the intense Vinson. Mike Dopud just finished his first season on ARROW where he plays the volatile Viktor.Mike Dopud starred in the critically acclaimed, award winning feature film VIRTUAL REVOLUTION a dark, futuristic movie about the technological revolution. Mike plays shadow Agent Nash for which he has garnered several Best Actor awards at various Film Festivals. Mike plays "Agent Roth" a lead role in the movie PROJECT EDEN. Mike was also in the blockbuster sequel DEADPOOL 2 and THE PREDATOR.Mike has had lead roles on such Television series as STARGATE UNIVERSE as Varro, LETHAL WEAPON, CRIMINAL MINDS and DARK MATTER. Mike has also had recurring roles on ABC's MISTRESSES, and BATTLESTAR GALACTICA, IZOMBIE and THE STRAIN.Mike can also be seen in the features released in the last couple of years called. THIS MEANS WAR, and MISSION IMPOSSIBLE: GHOST PROTOCOL. Some of his other film credits include 300, SKIN TRADE, S.W.A.T., WHITE NOISE AND ROLLERBALL.