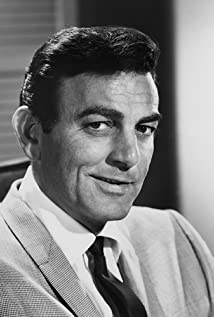 He once jokingly described himself as 'a frustrated song-and-dance man' who wound up typecast as a TV crime fighter. Tall, handsome Armenian-American Mike Connors had a minor career in the movies before becoming a star on the small screen as the impeccably dressed macho sleuth Joe Mannix. Towards the end of the series, his earnings per episode averaged a respectable $40,000. He was four times nominated for an Emmy Award and won a Golden Globe in 1969. Mannix (1967) was highly innovative in its day: among its winning combination were an upbeat jazzy score (composed by Lalo Schifrin), teasers, fast cuts from scene to scene, a car replete with a computer transmitting and receiving fingerprints and an African-American co-star (the charming Gail Fisher, who played Joe's secretary Peggy Fair). Many notable names guested in the show, some at very beginning of their careers (Diane Keaton and Martin Sheen, among others). 'Mannix' ran for eight seasons (1967-1975), a testament to its enduring popularity.Connors was born Krekor Ohanian in Fresno, California. His mother wanted him to become an attorney. After wartime service in the Army Air Force he enrolled at UCLA on the G. I. Bill of Rights, began in law school but eventually took up theatre studies as his major. The nickname "Touch', Mike acquired on the basketball court where he first came to the attention of the director William A. Wellman who considered his features 'expressive'. He was first signed by Goldwyn studios on a 90-day contract. However, Goldwyn never took up the option and Mike never appeared in any of his films (it turned out that his signing had been no more than leverage to bring Farley Granger back in line who was causing Goldwyn some trouble). Through a talent agent, Mike got an interview at Republic to do a film with Joan Crawford called Sudden Fear (1952). That same guy also decided that his original surname Ohanian sounded too much like O'Hanlon -- George O'Hanlon was already a well-established film actor and writer -- and consequently changed his name to 'Connors'. Until 1957, Mike appeared in mainly low budget movies and TV anthologies, billed as 'Touch Connors' (an appellation he thoroughly disliked). He did several films for Roger Corman for $400 a pop. Arguably, the one highlight of his film career -- several years later -- could be said to be his role as one of a pair of American bomber crew (the other being Robert Redford) held captive in a cellar by a lonely German drug store clerk who chooses to withhold from them the trivial matter of Germany's surrender to the Allies (played with whimsical aplomb by the brilliant Alec Guinness) in the underrated and very funny black comedy Situation Hopeless -- But Not Serious (1965).After many years as a struggling actor, Mike's first TV hit was Tightrope (1959) for CBS in which he starred as an undercover cop infiltrating an organized crime syndicate. Though the story lines became increasingly repetitive through its 37 episodes, the role pretty much defined his subsequent tough-guy image. During the original pilot for 'Mannix', which initially had Joe Mannix as the top investigator for the computerized Intertect detective agency under boss Joseph Campanella, Mike performed many of the stunts himself, in the process breaking a wrist and dislocating a shoulder. In an effort to make his character 'more real' than the traditional cynical Bogart-style gumshoe, he played Mannix as being more 'humane', often becoming emotionally involved in his cases and -- just as often -- ending up on the wrong end of a knuckle sandwich (in the course of the 194 episodes, poor old Joe was knocked unconscious on fifty-five occasions and shot seventeen times), or watching his beautiful client walk off with another man.Another subsequent starring role as a modern-day G-Man in the short-lived Today's F.B.I. (1981) did not come close to rekindling his earlier success. Most of Mike's later appearances were as guest stars, notably a return as Joe Mannix in an episode of Diagnosis Murder (1993). Later interviews revealed him to have been acutely aware of the transitory nature of TV stardom and exceedingly grateful for his one opportunity to shine. Mike Connors was happily married to Mary Lou Willey for 67 years.

Too Scared to Scream