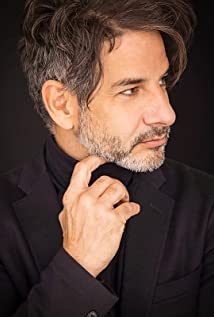 Miguel's first involvement with films was in a noir short film while still in college. He then decided to make a life in acting and started studying the Strasberg method in Mexico City. From there, he moved to a contemporary theater school under the instructions of the reputed polish director Ludwik Margules where he became inspired by Strindberg, Shakespeare and Brook. After finishing his formal drama studies, he immediately played the role of Oscar Wilde's lover Bosie, in the Mexican production of the international hit play "Gross Indecency: The Three Trials of Oscar Wide." He played historical Mexican hero "El Tigre de Santa Julia" which gained him critical acclaim and several awards including the "MTV Movie Award." He has participated in many blockbusters films since then including the 2011 number one live action film of the year "Saving Private Perez" where he played the leading role as Mexico's sexiest cartel boss Julian Perez. That same year, he received the "GQ Man of the Year Award" for his acting notoriety and he has been invited to be jury of the "International Emmy Awards" in two editions. As a stage actor, he has been performed in many plays where he has received several awards as well. He has also successfully participated in many TV series and is currently (2014) the pop leading actor of the number one Spanish speaking comedy series in the US and Mexico "The Heroes of the North" running its third season this year. Miguel Rodarte has recently released "Border Run" with Sharon Stone.