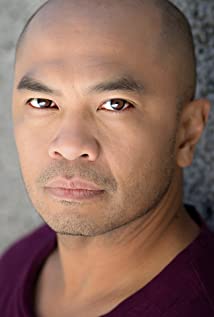 Mig Macario has appeared in over 50 Film and TV projects over the past 3 decades. He was part of the talented cast of Dan Gilroy's Velvet Buzzsaw with Jake Gyllenhaal, Rene Russo, Zawe Ashton, and Toni Collette on Netflix. Mig also played the iconic character of "Bashful" of the seven dwarfs on the hit series Once Upon a Time. Guest star and recurring credits include Ruby Herring Mysteries, S.W.A.T., Kidding, Criminal Minds, and The Order.Mr. Macario's training began at the Vancouver Youth Theater during his early teenage years and was part of the inaugural class of the Firehall Theater's Cross-Cultural Apprenticeship program. He has taken classes and workshops all over North America including Upright Citizens Brigade, Jeffrey Marcus Studios, and David Rotenberg at Actor's Equity. Mig is proud to be part of the UCLA Extension Entertainment Studies Department as an on-camera acting instructor.With his many years in the industry, Mig has also worked with Johnny Depp, Taylor Cole, John Wesley Shipp, Jenny McCarthy and Robin Williams. Mr. Macario was nominated for a Jessie award for his portrayal of Song Liling in David Henry Hwang's M. Butterfly. He has also had guest appearances on Shut Eye, Rush and Fringe.Mig divides his time between Vancouver and Los Angeles, is a long practicing Buddhist with the Soka Gakkai International, a community that promotes peace, culture, and education. Being fluent in Tagalog was an important skill to have when he volunteered in the Philippines during the aftermath of Typhoon Haiyan. Mig also supports the yearly Walk to End Alzheimer's. His goals are to keep working as an actor telling unique stories that continue to break barriers and create value. He hopes to spend the rest of his life living near the beach with his friends and family.

Once Upon a Time: The Price of Magic