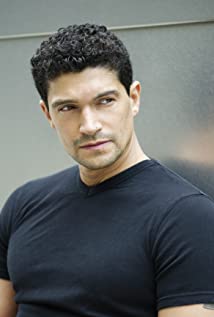 Born in Egypt and raised in Germany, Hamada stumbled into acting following a sports injury which led him to study at the Oxford School of Drama in England where his love for the arts and theatre grew. He was cast in plays such as, Spinning Into Butter, Hamlet and Guantanamo at The West End and The Royal Court Theater in England. As Hamada continued his work in theatre, he started to dabble his way into film and television and appeared in the film Sky Captain and The World of Tomorrow alongside Angelina Jolie. He then landed his first TV break in the mini-series "Path to 9/11" alongside Harvey Keitel and Donnie Wahlberg and soon became a series regular on "State of Mind" which paved the way for roles in critically-acclaimed shows, such as "Homeland" and "24" and the mini-series "The Dovekeepers". Hamada portrays Eammon on NBC's "Emerald City" and will appear next on the Starz upcoming series "Counterpart," an espionage thriller with a metaphysical twist. He is an avid Dahn-yogi and is also involved with "The Wolf Connection." a youth empowerment program and wolf dog sanctuary.