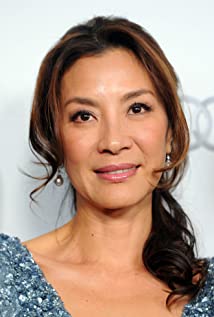 Born as Yang Zi Qiong in the mining town of Ipoh, in West Malaysia, in the lunar year of the Tiger, Michelle is the daughter of Janet Yeoh and Yeoh Kian Teik, a lawyer and politician. She is of Han Chinese (Hokkien) descent, and spoke English and Malay before Chinese. A ballet dancer since age 4, she moved to London, England to study at the Royal Academy as a teenager. After a brief dance career, she won the Miss Malaysia beauty pageant title in her native country and the Miss Moomba beauty pageant title in Melbourne, Australia in the early 1980s. Her first on camera work was a 1984 commercial with martial arts star Jackie Chan. In 1985, she began making action movies with D&B Films of Hong Kong. She was first billed as Michelle Khan, then later, Michelle Yeoh. Never a trained martial artist, she relied on her dance discipline and her on-set trainers to prepare for her martial arts action scenes.She uses many dance moves in her films. She still does most of her own stunts and has been injured many times. Ironically, she still cannot read Chinese and she has to have Chinese script read to her. In 1988, she married wealthy D&B Films executive Dickson Poon and retired from acting. Even though they divorced in 1992, she is close to Poon's second wife and a godmother to Poon's daughter. When she returned to acting, she became very popular to Chinese audiences and she became known to western audiences through her co-starring roles in the James Bond film Tomorrow Never Dies (1997) and in the phenomenally successful Crouching Tiger, Hidden Dragon (2000) aka Crouching Tiger, Hidden Dragon' directed by Ang Lee. She turned down a role in a sequel to The Matrix (1999).She has her own production company, Mythical Films and has trained with the Shen Yang Acrobatic team for her role in The Touch (2002), an English language film she is both starring in and producing. She hopes to use her company to discover and nurture new film-making talent. She also wants to act in roles that combine both action and deeper spiritual themes.

Shang-Chi and the Legend of the Ten Rings