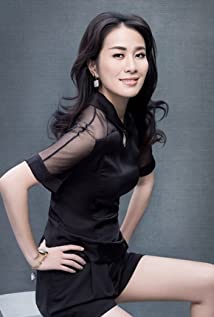 Michelle Ye or Ye Xuan (born February 14, 1980) is a Chinese actress and producer. In 1999, she won the Miss Chinese International competition. Ye then signed a contract with TVB from 1999 to 2005. After she left TVB, She signed with Rich & Famous Talent Management Group Limited to pursue a movie career.Ye is fluent in Cantonese, English, and Mandarin. She immigrated to the United States at age 10. She attended John Dewey High School where she won first place at the International Science and Engineering Fair in the Botany sector (1998). She was a scholarship student at Wellesley College, but left before graduating to pursue a career in the entertainment industry.In July 1999, Ye accepted a contract offered by TVB after winning the Miss Chinese International Pageant. She had a number of leading roles in dramas such as, Eternal Happiness, Triumph in the Skies, and Lost in the Chamber of Love. Ye has worked as a host and MC.In 2004, she was TVB's on-site reporter at the Olympic Games in Athens. Additionally, she was the MC for a special mid-autumn evening broadcast on CCTV.She left TVB in June 2005 and moved on to Rich & Famous one month after to get more exposure in the movie industry. Ye also starred in a few series with ATV, China Productions, and I-Cable.Ye published an autobiography titled Shang Shan Ruo Shui - Xuan Gong Lue in July 2006.Apart from her acting career, she is currently owner and chairman of a production company (Michelle Ye Studios-Zhejiang Bohai Television Ltd), owner of a sushi restaurant and Vice President of the Hengdian Film Association.