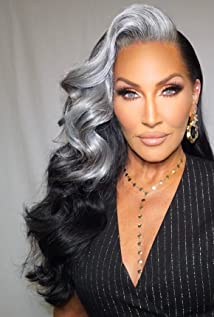 Emmy Award winning, Internationally renowned television personality, radio show host, award winning podcast host, platinum-selling recording artist, and author, Michelle Visage has made a name for herself in the entertainment industry, across multiple mediums for the past three decades.The Diva Rules [Chronicle Books] offers Michelle's advice for living life to the fullest, and finding success no matter what hand you're dealt.On the television front, Visage can be seen as a judge on the multiple Emmy Award winning VH1 show, "RuPaul's Drag Race," alongside RuPaul, Carson Kressley, and Ross Mathews. The reality competition show leaves fans wanting more each week with their rapid-fire quick wit, impeccable sense of style and signature sass, as they decide who will stay or "Sashay Away."Visage can also be seen as a judge on RuPaul's Drag Race UK next to RuPaul, Graham Norton and Alan Carr and that airs on BBC3 and BBC1.Michelle was also a judge for both years on the IFTA-nominated Ireland's Got Talent.Visage has been a staple on morning radio for 17 years, hosting and co-hosting pro-grams on various stations such as WKTU 103.5 [New York], HOT 92.3 [Los Angeles], SUNNY 104.3 [West Palm Beach, FL], WMIA [Miami] and Sirius XM, to name a few. In this time, Michelle has recorded thousands of commercials and delivered even more live reads. She is currently a co-host of the hugely successful RuPaul's What's the Tee? With Michelle Visage podcast, which won a 2018 Webby Award as well as the show having been downloaded over 40 million times.On the music front, Visage rose to fame as a member of the girl group Seduction in the early 1990s, with their platinum-selling album called "Nothing Matters Without Love," that spawned multiple hits that climbed the billboard charts. Visage was also featured on the bestselling soundtrack of all time [35 million copies sold], THE BODYGUARD [Warner Brothers Pictures], with her remake of Bill Withers' "It's Gonna Be A Lovely Day," that she wrote and sang. The song was immediately signed to Arista Records by Clive Davis himself.As a newly crowned dancer, Michelle competed and dominated in the 2019 season of the UK's biggest show, Strictly Come Dancing, leaving after a controversial dance off. She was the fan favorite and fell in love with dancing!Visage currently lives in Los Angeles with her husban, two daughters and two rescue pups. Stay tuned!