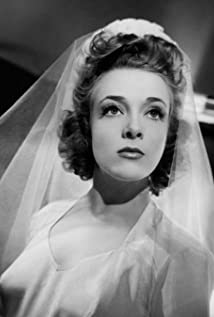 Dark-haired, Paris-born Micheline Presle (better known in the States as Micheline Prelle) was the daughter of a businessman and took acting classes as a teen. She was discovered by Georg Wilhelm Pabst and cast in Young Girls in Trouble (1939) (Young Girls in Distress) and Four Flights to Love (1940) in which she played a dual role. She proceeded to make films during the Occupation, and by 1947, was deemed an important young French star, with Devil in the Flesh (1947) (Devil in the Flesh) gaining her world-wide attention. Her marriage to American actor-turned-producer William Marshall in 1950 led her to attempt Hollywood pictures. None of her pictures, which included Under My Skin (1950), American Guerrilla in the Philippines (1950) and Adventures of Captain Fabian (1951), the last one produced and directed by husband Marshall, endeared her to American audiences; however, despite co-starring opposite top Hollywood stars John Garfield, Tyrone Power and Errol Flynn. Divorced by 1954, she never adjusted to the Hollywood way of life and returned willingly to Paris with her daughter, actress/director Tonie Marshall. She continued to reign supreme in French films and has appeared frequently on the stage as well. Some of her post-Hollywood films include House of Ricordi (1954) (House of Ricordi), Royal Affairs in Versailles (1954) (Royal Affairs in Versailles), Her Bridal Night (1956) (The Bride Is Much Too Beautiful), Demoniqque (1958), King of Hearts (1966) (King of Hearts), Donkey Skin (1970) (The Magic Donkey), Diary of a Seducer (1996) (Diary of a Seducer) and Les Misérables (1995).