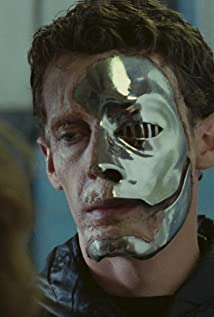 Born in Milan, Italy in 1957, Michele Soavi's parents separated when he was little and he lived with his mother who remarried a painter. Interested in his stepfather's interest in painting, Soavi began an interest in creative arts in his school. During his teenage years, he decided that the cinema was his true calling after attending several movie screenings and developing a taste for acting. After graduating from high school, Soavi took acting lessons at Fersen Studios in Milan. His first acting role was an extra in the movie Bambulè (1979) which was directed by Marco Modugno. During production, Modugno, impressed by Soavi's interest in the movies, offered him a job as an assistant director which Soavi accepted and learned more about a director's film making technique. After acting in small roles in Il giorno del Cobra (1980) and City of the Living Dead (1980), Soavi was given another chance as an assistant director by director Aristide Massaccesi (aka: Joe D'Amato). In their first film, Soavi acted in an uncredited part, and was the assistant director. Over four more films with Massaccesi, Soavi served as a bit part actor, screenwriter and personal assistant. Soavi first met writer/director Dario Argento in 1979 where the director took Soavi under his wing after learning of their same tastes with film making. Argento made Soavi the second assistant director for the movie Tenebrae (1982) with Lamberto Bava as the first assistant director.Pleased with his work, Bava hired Soavi as his assistant director for the mystery-thriller A Blade in the Dark (1983) with Soavi in a supporting role. Afterwards, Argento brought back Soavi to work as his assistant director in Phenomena (1985) with Soavi acting in a small role.Argento rewarded Soavi by giving him his first assignment as director of a music video "The Valley" featuring music by Bill Wyman for the movie Phenomena, plus as director for a documentary on Argento's films. Soavi worked again for Lamberto Bava as assistant director in Demons (1985) in which Soavi also appeared. Soavi, wanting to get on his own, turned to his former mentor Aristide Massaccesi to show off his work where the director offered Soavi a chance to direct his first movie, StageFright (1987). Altough a box-office flop in Italy, it was a success abroad. Despite the low budget (equivalent to under $1 million U.S. dollars), low-production values, poor editing involving the soundtrack, Soavi began to look elsewhere for work where he was hired as an assistant director and cameraman for British actor/director Terry Gilliam with The Adventures of Baron Munchausen (1988). With new skills, Soavi returned to Argento as a supervisor for special effects in Opera (1987) where Argento offered him to direct another film, a horror flick called The Church (1989). With his first big film project, a budget three to four times the budget of Stagefright, with Argento as the producer and filmed on location in Budapest. The international success of The Church inspired Soavi to direct another film, The Sect (1991).Soavi worked on a number of screenplays, and directed the horror-comedy Cemetery Man (1994) which was a huge hit in the USA. Afterwards, Soavi took a break from working to spend time with his wife and family. Recently, he returned to directing with two made-for-Italian-TV dramas. Despite his absence from the entertainment world in recent years, Michele Soavi is remembered to this day as one of the many masters of Italian horror cinema as a director, screenwriter, actor, and assistant director.