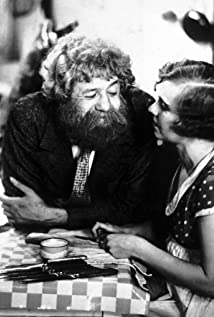 The son of a sausage-maker, Michel Simon was conscripted into the Swiss Army at the start of World War I, but was thrown out through a combination of tuberculosis and general insubordination. He was variously a boxer, photographer, general handyman and right-wing anarchist, finally becoming a stage actor in Geneva in 1920. His reputation soon grew, and he moved to Paris in 1923, appearing in his first film in 1925 (the same year he played Boudu for the first time on stage). With the coming of sound, Simon became firmly established as one of France's outstanding character actors, doing unforgettable work for Jean Renoir ('La Chienne', Boudu Saved From Drowning'), 'Jean Vigo ('L'Atalante') and Marcel Carne ('Quai des Brumes', 'Drole de Drame'). In the 1950s he worked less frequently, partly thanks to an accident involving makeup dye that paralysed part of his body and face. Despite this, he still managed to appear in films right up to his death in 1975.

The Butcher, the Star and the Orphan

Let's Have a Riot

The Marriage Came Tumbling Down

The Battle of Austerlitz