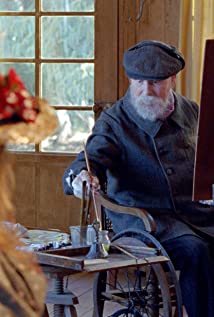 Michel Bouquet is an actor born in the 14th arrondissement of Paris on the 6 November 1925. His father, Georges Bouquet, was a World War One veteran and a wine-maker. His mother Marie was a milliner. He had three older brothers: Georges, Bernard and Serge. Michel's father was always a shadowy figure in his life: having been deeply affected by the war, he used to talk very little and developed a very distant and estranged relationship with his sons. When he was 7 years old, Michel was sent to the "École Privée Catholique Fénelon", a Catholic boarding school located inside a 17th century hunting lodge in Vaujours. He would keep very unpleasant memories of this period his entire life, describing it as "seven years of darkness and loneliness". Being used to receive corporal punishment or other cruel and unusual forms of penalty for absurd reasons -like keeping his arms crossed in a supposedly insolent way- and to be bullied by older boys, Michel chose to withdraw into himself and dream of exciting, picaresque adventures far away from the school. This approach to life would help him developing his trademark internalized acting style. Repelled by studying, he actually used to enjoy being put in detention, so that he didn't have to mingle with the other boys: the adult Bouquet would later call his younger self "a sweet kid with an anarchic touch". In 1939, Michel came home for the summer with a mediocre school study certificate. He would however never return to the boarding school, since France and England declared war to Germany on the 3rd September. Georges Senior was immediately sent to the front and made a prisoner in Pomerania shortly after. Bernard went to war as well while Georges Jr. had already been sent to a religious school in Carthage. On the 14th June 1940 the German troops entered Paris and Marie soon decided to relocate to Lyon with her two remaining sons. They moved with Michel's paternal aunt, Marguerite. Marie didn't want to be a weight for her sister-in-law, so she spurred her sons to find some work to do. Michel became an errand boy in a bakery: having been toughened by his stay at the boarding school, he now felt ready to help his mother facing the adversities of life and raising the family. When the armistice between France and Germany was signed, Marie and her sons returned to Paris. Michel tried several new jobs in this period, including warehouseman, dental laboratory technician and delivery man in a bank. He was soon, however, to find his real vocation in life. Marie was a great theatre lover and had the habit to bring Michel to see operas, comic operas or great classic plays. He immediately realized that he wanted to be an actor when he saw the legendary Comédie-Française luminary Maurice Escande playing Louis XV in a stage production of "Madame Quinze". So, in May 1943, he decided to look Escande's address on the phone book and, on a Sunday morning, he went to visit him at his place while Marie was attending church. Young Bouquet introduced himself to the actor by telling him that he wanted to work on the stage. Escande asked him if he had memorized a piece to recite. Michel tried the nose monologue from "Cyrano", but the theatre veteran asked him if he hadn't learnt any other thing that suited his physical appearance better. So he started to recite a few verses from Alfred de Musset's "La Nuit de Décembre" instead. After hearing a couple lines only, Escande realized that the young man standing before him possessed enormous gifts and decided to immediately bring him to one of his classes at the Edouard-VII Theatre. There, Michel was allowed to finish the "Nuit de Décembre" monologue in a room full of people. Many students were ready to leave the class with a look of indifference, but Escande reproached them, telling them that they should have better listened to Michel and learnt a lesson from him. Although moved to tears, Michel managed to finish his piece. The great Maurice Escande had named him an actor. At the end of the lesson, Escande brought Michel home and convinced Marie that he had to pursue a stage career.Bouquet began to learn scenes from many important plays in order to be admitted to the CNSAD (the Paris Conservatoire). When the day of the exam at the Théâtre de l'Odéon finally came, he already knew that only 7 students out of 300 would have been accepted. For his test, he had studied the monologue from Alfred de Vigny's "Chatterton" and one of Smerdiakov's dialogues from Jacques Copeau's "The Brothers Karamazov". The same day, someone else was going to audition in front of the same jury: it was an elegant young man wearing camel, who possessed, in Bouquet's eyes, a certain charm à la Gary Cooper. It was the soon to become legendary Gérard Philipe, who had already made a couple of appearances in acclaimed stage productions and completed his first screen role in Les petites du quai aux fleurs (1944). He was going to play a scene from De Musset's "Fantasio". Bouquet immediate

How I Killed My Father