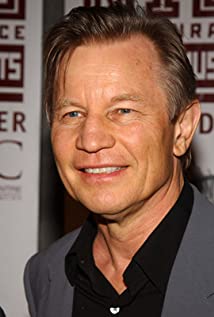 Michael York was born in Fulmer, England, 27 March 1942. He performed on stage with the National Youth Theatre in London's East End and on international tour. Other early acting experience came through the Oxford University Dramatic Society (he graduated Oxford 1964), the Dundee Repertory, and Laurence Olivier's National Theater Company - where he worked with Franco Zeffirelli, who gave him his film debut as Lucentio in The Taming of The Shrew (1967) and his breakthrough role as Tybalt in Romeo and Juliet (1968). He achieved early TV acclaim for his portrayal of Jolyon in The Forsyte Saga (1967). Other notable early movie roles include Brian Roberts in Cabaret (1972), Count Andrenyi in Murder on the Orient Express (1974) and D'Artagnan in several Musketeers films. He has starred in over 50 TV movies, continued stage work, starring on Broadway, made many spoken word recordings, written and lectured internationally. His autobiography (1993) was issued as "Accidentally on Purpose" in the U.S. and "Travelling Player" in Britain. He was in the hit The Omega Code (1999) with Catherine Oxenberg and Casper Van Dien. He had a great part in all of the "Austin Powers" films.

The Mill and the Cross

Transformers: Revenge of the Fallen