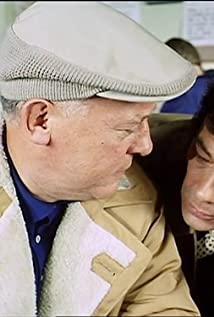 The British character actor Michael Ripper was born in 1913 in Portsmouth, Hampshire, England. His father was a speech therapist and encouraged him to participate in diction and public speaking competitions. From this, the young Michael gained an interest in acting and got his first taste of the stage through his father's amateur dramatics company. At age 16, Ripper won a scholarship to drama school and began to appear in theater professionally. His stage career continued until 1952, when an operation for a thyroid condition left him unable to project his voice sufficiently for the stage, after which he concentrated on his film career. Ripper started his film career in numerous quota quickies, debuting in Father and Son (1936). At one point in his early career, he also worked as an assistant director for a production company at Walton Studios. In the late 1940s, Ripper began a long association with Hammer Film Productions, which resulted in his face becoming well known not only in Britain, but also worldwide. During this 25-year association, which began with a role in There Is No Escape (1948) and ended with That's Your Funeral (1972), Ripper made a total of 35 appearances in Hammer films, playing an assortment of innkeepers, coachmen, gravediggers, poachers, and, occasionally, authority figures, usually with a comic twist. Although he made few films after his stint with Hammer, he continued his career with memorable television appearances, such as the chauffeur in Butterflies (1978) and Drones Porter in Jeeves and Wooster (1990), until his retirement in the early 1990s.

Revenge of Billy the Kid

Legend of the Werewolf

The Shadow of the Tower

Taste the Blood of Dracula