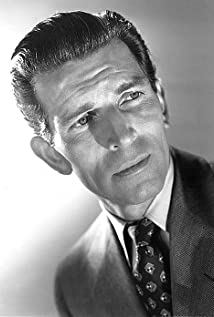 The British actor Michael Rennie worked as a car salesman and factory manager before he turned to acting. A meeting with a Gaumont-British Studios casting director led to Rennie's first acting job - that of stand-in for Robert Young in Secret Agent (1936) directed by Alfred Hitchcock. He put his film career on hold for a few years to get some acting experience on the stage, working in repertory in York and Windsor. Afterwards, he returned to films and achieved star status in I'll Be Your Sweetheart (1945). Brought to Hollywood in 1950 and signed to a contract by studio head Darryl F. Zanuck, Rennie was cast in arguably his most popular role as Klaatu in The Day the Earth Stood Still (1951), when director Robert Wise's first choice, Claude Rains, was unavailable. After that he worked as a supporting actor for eight years until his return to England in 1959. At that time, he took the lead role of Harry Lime in the television series The Third Man (1959). Throughout his career, he made numerous guest appearances on television, particularly on American programs.

The Battle of El Alamein