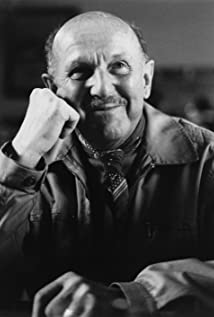 The son of Thomas William Powell and Mabel (nee Corbett). Michael Powell was always a self-confessed movie addict. He was brought up partly in Canterbury ("The Garden of England") and partly in the south of France (where his parents ran a hotel). Educated at Kings School, Canterbury and Dulwich College, he worked at the National Provincial Bank from 1922-25. In 1925 he joined Rex Ingram making Mare Nostrum (1926). He learned his craft by working at various jobs in the (then) thriving English studios of Denham and Pinewood, working his way up to director on a series of "quota quickies" (short films made to fulfill quota/tariff agreements between Britain and America in between the wars). Very rarely for the times, he had a true "world view" and, although in the mold of a classic English "gentleman", he was always a citizen of the world. It was therefore very fitting that he should team up with an émigré Hungarian Jew, Emeric Pressburger, who understood the English better than they did themselves. Between them, under the banner of "The Archers", they shared joint credits for an important series of films through the 1940s and '50s. Powell went on to make the controversial Peeping Tom (1960), a film so vilified by critics and officials alike that he didn't work in England for a very long time. He was "re-discovered" in the late 1960s and Francis Ford Coppola and Martin Scorsese tried to set up joint projects with him.In 1980 he lectured at Dartmouth College, New Hampshire. He was Senior Director in Residence at Coppola's Zoetrope Studios in 1981, and in fact married Scorsese's longtime editor Thelma Schoonmaker. He died of cancer in his beloved England in 1990.

The Boy Who Turned Yellow

They're a Weird Mob

The Battle of the River Plate