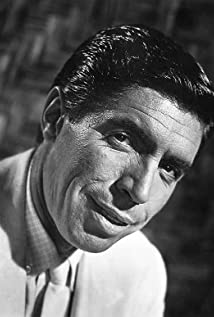 The future movie bad man was born in Drummoyne, a suburb of Sydney, Australia, and got his career start as an interviewer on the government's radio station. Pate also worked on the Australian stage and in Down Under movies before relocating to the U.S. in the early 1950s to appear in Universal's "Thunder on the Hill, " the film version of a Charlotte Hastings play ("Bonaventure") in which he had appeared. Pate acted in many American films and TV series, then returned to Australia in the late '60s and worked (again) in that country's film industry; he co-starred in his own Aussie TV series, "Matlock Police". Pate also began working behind the camera; one of his best-known writing-producing-directing credits is "Tim", the story of the relationship between an older woman (Piper Laurie) and a retarded young man (Mel Gibson).

The Return of Captain Invincible

Return of the Gunfighter