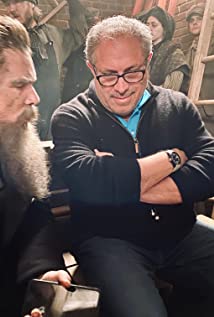 Michael Nankin was born in Los Angeles to a family of medical practitioners. His mother, Natalie, started the first tissue-typing laboratory in LA and was a pioneer in organ transplantation. A standard-8 movie camera was placed in his hands when he was 10 years old by his grandfather. Michael made films through his childhood but started his career as an illustrator and animator. He won the Jim Morrison Award when he was a film student at UCLA. His undergraduate film, JUNIOR HIGH SCHOOL, a musical-comedy, caught the attention of Disney studios who hired Michael and his filmmaking partner, David Wechter, to develop features. He was on the payroll of the studio two months after graduating college. At age 22, Michael co-wrote and co-directed the feature MIDNIGHT MADNESS which was released in 1980. He worked in features as a screenwriter (including writing THE GATE, which was the highest-grossing Canadian-produced feature ever at the time) until 1989, when he joined the staff of LIFE GOES ON--a show that dealt with down syndrome and, in its final two years, was the first network show with an HIV-positive continuing character. LIFE GOES ON was also the first show to publicly hire HIV-positive actors. He has worked in episodic television since that time, as a director, writer and executive producer. His television projects include: PICKET FENCES, CHICAGO HOPE, EARLY EDITION, ROAR, COVER ME, STRONG MEDICINE, THE AGENCY, BATTLESTAR GALACTICA, HEROES, FLASHFORWARD, DEFIANCE, LIE TO ME, CSI, HELL ON WHEELS, BLACK SAILS. He has a Peabody Award and two Humanitas Prizes hanging on his wall. He is married to Liz Nankin, a costume designer and has three children.

Chris Watts: Confessions of a Killer