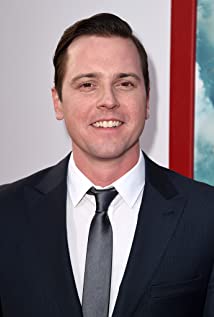 Michael Mosley has been bringing characters to life in film, television, and on stage for the past decade. Mosley can currently be seen starring on the USA series "Sirens," created by Denis Leary and Bob Fisher. The comedy based on the BBC show of the same name, follows three fast, ball-busting Chicago EMT's whose chief talents are saving lives and self-sabotage. On the film front, Mosley can next be seen in MGM's HOT PURSUIT opposite Reese Witherspoon and Sofia Vergara [to be released May 2015]. He can also be seen in OTHER PEOPLE'S CHILDREN, alongside Chad Michael Murray, Alexandra Breckenridge and directed by Liz Hinlein.Born in Iowa City, Iowa, Mosley is an Alumnus of the American Academy of Dramatic Arts in New York, and was a 2001 company member. Upon graduating he performed in numerous theaters including the SoHo Playhouse, Cherry Lane, and Michael Imperioli's Studio Dante. He starred in Itamar Moses', Back Back Back at Manhattan Theatre Center, and in 2010 starred as the Gentlemen Caller in Roundabout's adaptation of The Glass Menagerie opposite Judith Ivey, Patch Darragh, and Keira Keeley. The production earned a Lucille Lortel Award for Best Revival. Film credits include Touchstone Pictures THE PROPOSAL, Sony Pictures Home Entertainment's THE ACCIDENTAL HUSBAND, and Fox 2000 Pictures' 27 DRESSES. Mosley has also appeared in a host of independent features including SWIMMERS directed by Doug Sadler, where he starred alongside Cherry Jones, Sean Hatosy, and Sarah Paulson. SWIMMERS went to the Sundance Film Festival, and won the New American Cinema Award at the Seattle International Film Festival.In 2006 Mosley booked a recurring role on NBC's "Kidnapped" opposite Timothy Hutton, Dana Delany, Jeremy Sisto, Olivia Thirlby, and Delroy Lindo. Later that year he was cast in "Alpha Mom," another pilot for NBC directed by Bill Lawrence, who would later remember him and cast him as a series regular in the 9th season of the hit comedy series "Scrubs." From 2009-10, Mosley starred as "Drew Suffin" in the farewell season of the ABC series. His role as the cynical, anti-social, med school dropout garnered him critical acclaim. He then went on to co-star as "Ted Vanderway" on ABC's "Pan Am," opposite Christina Ricci, Margot Robbie, and Kelly Garner. Other television credits include: recurring roles on A&E's "Longmire," FX's "Justified," NBC's "30 Rock," ABC's "Last Resort" CBS' "The Education of Max Bickford," and ABC's "Castle" as "Jerry Tyson," the 3XK killer. He has also held numerous guest starring roles, including ABC's "Happy Endings," TNT's "The Closer," and HBO's "Generation Kill," and "The Wire."