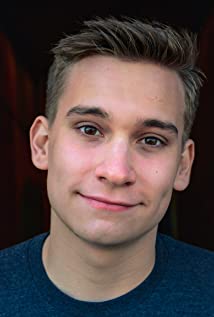 Michael May, was born in Atlanta, GA on April 29, 1999. He began his acting career at the age of 3 when he sang his first solo on stage in the play "Bye-Bye Birdie." At the age of 5, he attended an "Open-Call" audition in Atlanta, Ga where he was discovered by Joy Pervis of J Pervis Talent Agency.After booking several commercials such as 790 the Zone, Belk, and a Tommy Hilfiger Runway show. Michael booked his first movie "Good Intentions" at the age of 6, co-starring with LeAnn Rhimes, Elaine Hendrix and Luke Perry.At the age of 7, Michael booked his second feature film "The Lost and Found Family", where he played the foster brother of Lucas Till. Several months later he booked the feature film "Blood Done Sign My Name" starring Rick Schroder, Lela Richon, and Nate Parker. Unbeknownst to Michael, in this film, he would be playing the brother of two of his future television co-stars Lee Norris and Cullen Moss.Michael landed his first television role at the age of 8, on the hit show "One Tree Hill". Originally cast as "Chuck Scolnik", he started as a day-player and "schoolyard bully" to co-star Jackson Brundage. Michael was cast in, and eventually guest starred in over thirty episodes across four One Tree Hill seasons. Playing this role enabled Michael to share the screen with amazing people such as NFL hall-of-famer, Jerry Rice, and Quinton Aaron, from the Academy Award Winning movie, "The Blindside". While filming late one night, the producers of OTH discovered that Michael was not only an actor, but that he also was a singer/song writer. He performed his original song not only on the episode of "One Tree Hill" but also on stage with fellow co-star and Warner Brothers recording artist, Tyler Hilton. They performed live at such venues as Eddies Attic in Atlanta, GA and the Soapbox Lounge in Wilmington, NC.Other notable roles include the voice of Taylor McTuttle in the animated Christmas movie "An Elf's Story" based on the book "The Elf on the Shelf", as well as the epic role of "Young Stifler" in the new movie form the "American Pie" dynasty, "American Reunion".