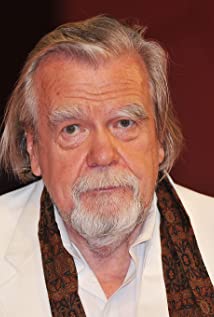 Tall, bearded, heavy-set Anglo-French character actor, best known internationally for playing Deputy Commissioner Claude Lebel in The Day of the Jackal (1973) and Bond villain Hugo Drax in Moonraker (1979). The son of an English army officer (Edward Lonsdale-Crouch) and a Franco-Irish mother (Simone Béraud), he was born in Paris and spent his early childhood in England. The family moved to Morocco in 1939 where Edward found work in the fertilizer trade (he was later imprisoned by the Vichy government for political reasons). Michael returned to France in 1947 where he met actor/director Roger Blin who awakened his interest in the dramatic arts. Following acting studies, Michael made his theatrical debut at 24 and appeared on screen for the first time a year later, for much of his career billed as 'Michel' Lonsdale. Having toiled for over a decade in smallish supporting roles, he received his first major critical acclaim in two films by François Truffaut (The Bride Wore Black (1968) and Stolen Kisses (1968)). Though primarily active in French cinema, the bilingual Lonsdale made occasional (but often memorable) forays into English-language productions, his first as a reporter in Fred Zinnemann's Behold a Pale Horse (1964). Subsequent parts have included a titled landowner who sets in motion the Caravan to Vaccares (1974), a CIA agent in Enigma (1982) and a Swiss banker in The Holcroft Covenant (1985). James Ivory cast him in two of his films consecutively as a French delegate in The Remains of the Day (1993) and as King Louis XVI in Jefferson in Paris (1995). Lonsdale also had a prominent role as The Abbot who commissions the Franciscan friar William of Baskerville (Sean Connery) to investigate the murder of a monk in Jean-Jacques Annaud's Italian-German-French co-production of Umberto Eco's novel The Name of the Rose (1986) . By and large, it is for his powerhouse performance as Roger Moore's megalomaniacal antagonist Sir Hugo Drax in Moonraker for which Lonsdale is likely to be most remembered. He received a BAFTA nomination for his role in The Day of the Jackal but only achieved major acting honors in 2011, winning a César Award as best supporting actor for Of Gods and Men (2010).Lonsdale's career could well be described as eclectic. In 1972, he co-founded (with French composer Michel Puig) the Théâtre musical des Ulis, a musical theater company which was subsidised by the French government. The soft-spoken actor also lent his voice to radio recordings and audio books. He had a reputation as a painter of some renown and authored or co-authored more than twenty works of fiction and non-fiction.

The First, the Last

N: The Madness of Reason

Of Gods and Men