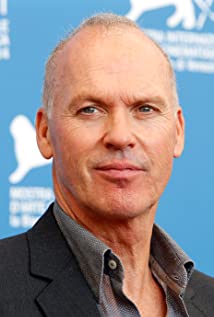 Quirky, inventive and handsome American actor Michael Keaton first achieved major fame with his door-busting performance as fast-talking ideas man Bill Blazejowski, alongside a nerdish morgue attendant (Henry Winkler), in Night Shift (1982). He played further comedic roles in Mr. Mom (1983), Johnny Dangerously (1984), and Beetlejuice (1988), earned further acclaim for his dramatic portrayal of Bruce Wayne / Batman in Tim Burton's Batman (1989) and Batman Returns (1992), and since then, has moved easily between film genres, ranging from drama and romantic comedy to thriller and action.Keaton was born Michael John Douglas on September 5, 1951 in Coraopolis, Pennsylvania, to Leona Elizabeth (Loftus), a homemaker, and George A. Douglas, a civil engineer and surveyor. He is of Irish, as well as English, Scottish, and German, descent. Michael studied speech for two years at Kent State, before dropping out and moving to Pittsburgh. An unsuccessful attempt at stand-up comedy led Keaton to working as a TV cameraman in a cable station, and he came to realize he wanted to work in front of the cameras. Keaton first appeared on TV in several episodes of Mister Rogers' Neighborhood (1968).He left Pittsburgh and moved to Los Angeles to begin auditioning for TV. He began cropping up in popular TV shows including Maude (1972) and The Mary Tyler Moore Hour (1979). Around this time, Keaton decided to use an alternative surname to remove confusion with better-known actor Michael Douglas. After reading an article on actress Diane Keaton, he decided that Michael Keaton sounded good. His next break was scoring a co-starring role alongside Jim Belushi in the short-lived comedy series Working Stiffs (1979), which showcased his comedic talent and led to his co-starring role in Night Shift (1982). Keaton next scored the lead in the comedy hits Mr. Mom (1983), Johnny Dangerously (1984) , Gung Ho (1986), the Tim Burton horror-comedy Beetlejuice (1988), and The Dream Team (1989).Keaton's career was given another major boost when he was again cast by Tim Burton, this time as the title comic book superhero, millionaire playboy / crime-fighter Bruce Wayne, in Batman (1989). Burton cast him because he thought that Keaton was the only actor who could portray someone who has the kind of darkly obsessive personality that the character demands. To say there were howls of protest by fans of the caped crusader comic strip is an understatement! Warner Bros. was deluged with thousands of letters of complaint commenting that comedian Keaton was the wrong choice for the Caped Crusader, given his prior work and the fact that he lacked the suave, handsome features and tall, muscular physicality often attributed to the character in the comic books. However, their fears were proven wrong when Keaton turned in a sensational performance, and he held his own on screen with opponent Jack Nicholson, playing the lunatic villain, "The Joker". Keaton's dramatic work earned widespread acclaim from critics and audiences alike, and Batman (1989) became one of the most successful films of the year.Keaton remained active during the 1990s, appearing in a wide range of films. Keen to diversify his work, Keaton starred as a psychotic tenant in Pacific Heights (1990), as a hard-working cop in One Good Cop (1991), and then donned the black cape and cowl once more for Batman Returns (1992). He remained in demand during the 1990s, appearing in a wide range of films, including the star-studded Shakespearian Much Ado About Nothing (1993), the drama My Life (1993), another Ron Howard comedy The Paper (1994), with sexy Andie MacDowell in Multiplicity (1996), twice in the same role, dogged Elmore Leonard character Agent Ray Nicolette, in Jackie Brown (1997) and Out of Sight (1998). He also played a killer in the mediocre thriller Desperate Measures (1998).In the 2000s, Keaton appeared in several productions with mixed success, including Live from Baghdad (2002), First Daughter (2004), and Herbie Fully Loaded (2005). He also provided voices for characters in the animated films Cars (2006), Toy Story 3 (2010), and Minions (2015).He returned to major film roles in the 2010s, co-starring in The Other Guys (2010), RoboCop (2014) and Need for Speed (2014). Also that year, Keaton starred alongside Zach Galifianakis, Edward Norton, Emma Stone, and Naomi Watts in Birdman or (The Unexpected Virtue of Ignorance) (2014), a film by 21 Grams (2003) and Biutiful (2010) director Alejandro G. Iñárritu. In the film, Keaton plays Riggan Thomson, a screen actor, famous for playing the iconic titular superhero, who puts on a Broadway play based on a Raymond Carver short story, to regain his former glory. Keaton's critically praised lead performance earned him a Golden Globe Award for Best Actor in a Musical or Comedy, the Critics' Choice Award for Best Actor and Best Actor in a Comedy, and nominations for the Screen Actors Guild Award, British Academy Film Award, and Academy Award for Best Actor.In

The Evolution of Batman in Cinema