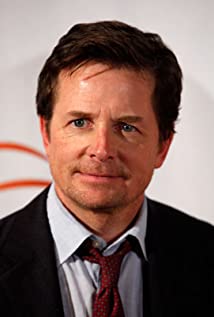 Michael J. Fox was born Michael Andrew Fox on June 9, 1961 in Edmonton, Alberta, Canada, to Phyllis Fox (née Piper), a payroll clerk, and William Fox. His parents moved their 10-year-old son, his three sisters, Kelli Fox, Karen, and Jacki, and his brother Steven, to Vancouver, British Columbia, after his father, a sergeant in the Canadian Army Signal Corps, retired. During these years Michael developed his desire to act. At 15 he successfully auditioned for the role of a 10-year-old in a series called Leo and Me (1978). Gaining attention as a bright new star in Canadian television and movies, Michael realized his love for acting when he appeared on stage in "The Shadow Box." At 18 he moved to Los Angeles and was offered a few television-series roles, but soon they stopped coming and he was surviving on boxes of macaroni and cheese. Then his agent called to tell him that he got the part of Alex P. Keaton on the situation comedy Family Ties (1982). He starred in the feature films Teen Wolf (1985), High School U.S.A. (1983), Poison Ivy (1985) and Back to the Future (1985).