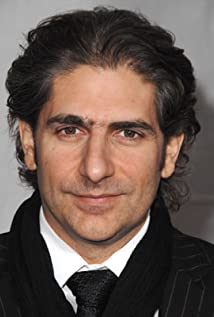 Imperioli was born Michael Imperioli in Mt. Vernon, New York on March 26, 1966. His film work began in the late 1980s. An early part that brought him recognition was in Martin Scorsese's Goodfellas (1990), as Spider, a local kid who works for the gangsters and has a run-in with a psychopathic mob soldier played by Joe Pesci. He worked throughout the 1990s in the New York independent film industry, especially as a regular in Spike Lee's movies, appearing in Jungle Fever (1991), Malcolm X (1992), Clockers (1995), Girl 6 (1996) and Summer of Sam (1999), generally playing working-class Italian-Americans from the "outer boroughs." While rooted in the New York movie scene, Imperioli also worked in Hollywood in the mid-'90s, in the formulaic movies Bad Boys (1995) and Last Man Standing (1996).In 1999, Imperioli was cast in The Sopranos (1999) as Christopher Moltisanti, a low-ranking soldier in the Soprano crime organization whose family connections to street boss Tony Soprano move him up the ladder in the organization. Imperioli's multi-layered portrayal of such an unappealing character is a real highlight of the series and earned him an Emmy and a SAG award.Imperioli has long been active in the New York theater scene as well, having written, directed, produced or starred in numerous plays. He was a founder, along with Lili Taylor (his then-girlfriend and co-star in Household Saints (1993)) of the downtown theater company Machine Full. He has also written several episodes of "The Sopranos" and was a writer on Lee's "Summer of Sam," which he also executive-produced. Although most famous for his prominent part in "The Sopranos," Imperioli has worked on other television programs as well, including Law & Order (1990), New York Undercover (1994) and NYPD Blue (1993). He is married and has two children and one stepdaughter.