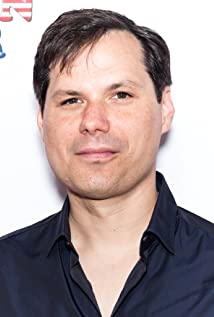 Michael Ian Black was born in Chicago, Illinois, but his family moved to Hillsborough, New Jersey, when he was young. His parents divorced when he was 3. When he was 12, his father died during neurological surgery following a mysterious assault.Michael attended New York University's Tisch School of the Arts but left before graduation. It was there he met and joined the core group of the comedy group "The State", who had a short run with their own MTV show, The State (1993), before attempting a move to CBS in the mid-1990s; their make-or-break Halloween special fell short of expectations, and a CBS series never came into fruition. Since then Black has appeared as a regular on Comedy Central's Reno 911! (2003) starring Thomas Lennon, Robert Ben Garant and Kerri Kenney.In addition to his regular television appearances, he also performs in the comedy group Stella (2005) with fellow State alumni Michael Showalter and David Wain.