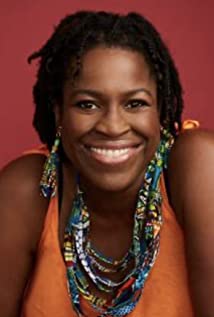 Born in England of Jamaican parents (her mother Vera an art historian and museologist and her father Charles Hyatt an actor/broadcaster/comedian), Michael received her earliest education and what she considers her most formative years abroad. At the age of ten she migrated to the United States with her mother and two siblings. Living in Maryland and later Washington, DC, Michael slowly adjusted to the American way of life. She went on to study acting at Howard University for her undergraduate degree and continued at New York University's Tisch School of the Arts for her Masters.Before Michael's work in film and television she enjoyed memorable performances on stages throughout the country, most notably is her experience on Broadway in the critically acclaimed Ragtime.Although Michael is automatically considered an African-American, because of her international background she eagerly acknowledges that she is more specifically an African/British/Jamaican/American and any attempt to exclude any part of that reality would be an incorrect representation of who she truly is.

Where the Crawdads Sing

The Trials of Cate McCall