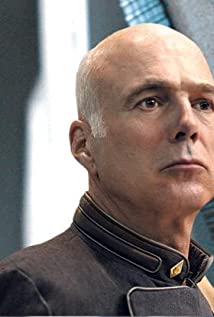 Michael Hogan, a prospector's son, was born in Northern Ontario. He trained at the National Theatre School of Canada, where he met his future wife, actress Susan Hogan (nee King). They worked as a package until their their children, Jennie Rebecca Hogan (actress), Gabriel Hogan (actor), and Charlie Hogan (audience member), came along.Over the years, Hogan has appeared in countless plays, films, TV series, and radio dramas, and even an opera.Some of his favorite feature film experiences include Clearcut (1991), with his good friend, Graham Greene, shot in the bush north of Lake Superior Road to Saddle River, shot in the Badlands of Alberta; Klondike Fever (1980), with Rod Steiger, Lorne Greene, Angie Dickinson and Gordon Pinsent, shot in and around Barkerville, B.C. in the winter; A Simple Curve (2005), shot in Slocan Valley, B.C. His most rewarding television experiences include his work on Jake and the Kid (1995), Monk (2002), African Skies (1992), Dead Man's Gun (1997), Lifeline to Victory (1993), Nights Below Station Street (1997), _Secret in Giving (1999) (TV) (aka "Calico Christmas"), _For Those Who Hunt The Wounded Down (1996) (TV)_ and, of course, his all-time favorite, Battlestar Galactica (2004).Among his numerous live theater performances are the title role in "Cowboy King", performed on horseback at the Caravan Farm Theatre in the interior of B.C.; "Biff Loman" in "Death of a Salesman", then 19 years later, "Willy Loman" in the same play; "Red Mango Blues", a one-man show (with guitar virtuoso Harris Van Berkel), written by poet/playwright Charles Tidler; and "Petruchio" in "Taming of the Shrew", with wife Susan Hogan as "Kate".Hogan has performed on several radio shows, including "Pocket City Blues", a radio series about a blues DJ who stumbles into a different crime every week. Hogan's distinctive voice has also been heard over CBC Radio as the narrator of many books, poems, and short stories. His award nominations are numerous and include a Blizzard Award for Best Leading Actor (feature length) for his role in Nights Below Station Street (1997), from Manitoba Film; and a Genie for Best Supporting Actor (feature length) in Solitaire (1991).The Hogans live on an island with son Charlie, a couple of dogs, cats, bikes, skis, and a few kayaks.