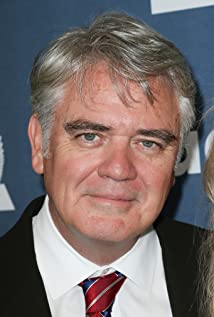 An actor on television since the early 1990s, Michael Harney frequently essayed tough men with deeply complicated interior lives in such acclaimed series as "NYPD Blue" (ABC 1993-2005), "Deadwood" (HBO 2005-2006) and "Weeds" (Showtime 2005-2012). His ability to tap into the emotional and spiritual elements of his characters was the result of substantial training and work on the New York theater scene, as well as his early career path as a social worker and prison reform advocate. After years of anonymity on the Off-Broadway circuit, Harney earned his big break as a morally compromised police officer on "Blue," which led to steady work as a guest performer on countless series. In 2005, he played a hateful townsperson on "Deadwood," which further increased his profile; he successful transitioned from recurring turns on various series, including an alcoholic detective on "Weeds," to his first turn as a series regular on "Orange is the New Black" (2013).Michael J. Harney born in the Bronx, New York went on to intensive study with legendary acting teachers William Esper and Phil Gushee, both of whom studied and taught with Sanford Meisner for many years at The Neighborhood Playhouse School Of The Theater. After studying acting for 7 years he went on to run The Michael Harney Acting Studio in New York City for 8 years. During his time in New York City Michael acted in and/or directed over 80 plays and one acts and starred in On The Waterfront on Broadway playing the role of Charlie Malloy.He landed the recurring role of Detective Mike Roberts on NYPD Blue while still living in New York City, a role that recurred for six seasons. In addition he has appeared in over 60 television and film projects here in Los Angeles since his arrival in 1995.His credits in film include Erin Brockovich, Turbulence, The Warden, Sonic Impact, Shade and the soon to be released Captivity directed by Roland Joffe. He has also just finished shooting Ocean's 13 directed by Steven Soderbergh which will open in theaters this June.In television Michael played for two seasons on Deadwood playing Steve Fields for HBO. Deadwood marks his second association with legendary producer David Milch, the first being NYPD Blue where he recurred for six seasons as Detective Mike Roberts. He also recently recurred this past season on Fox's hour long drama Vanished. He has played recurring roles on many hit shows over the years and has over 60 guest star credits including turns on Law And Order, Bull, Cold Case, The Practice, Boston Public, ER, Crossing Jordon, The Fugitive, Touched By An Angel, JAG and The Division among others. Television movies include Dead By Sunset on NBC and Gone In The Night for CBS.