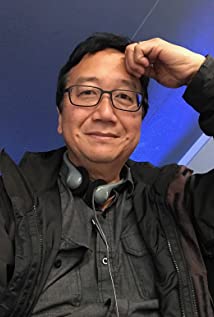 Michael Goi, ASC, ISCMichael Goi, ASC, ISC was born and raised in Chicago, where he established himself in the fields of documentaries and commercials. As a cinematographer, he has compiled over 70 narrative credits, including films for cinema and television screens such as "American Horror Story," "Glee," "Salem" and "The Town That Dreaded Sundown." He has received four Emmy nominations for "Glee", "My Name Is Earl" and two seasons of "American Horror Story." He was nominated for the American Society of Cinematographers (ASC) Outstanding Achievement Award for the telefilms "The Fixer" and "Judas" and for the pilot "The New Normal" and the mini-series "American Horror Story: Asylum". He wrote and directed the feature films "Megan Is Missing" about the subject of internet predators, and "MARY", a thriller starring Gary Oldman. He has also directed multiple episodes of "American Horror Story" and shows such as "Pretty Little Liars," "Nashville," and "Falling Water.".Michael Goi is a past president of the American Society of Cinematographers, serves on the Board Of Governors of the ASC, and is the editor of the 10th Edition of the ASC Manual. He was made an Honorary Member of the Indian Society Of Cinematographers (ISC) in 2010 for his efforts to increase international collaboration and communication amongst the world's cinematography organizations. Michael has appeared as a guest speaker at the American Film Institute, the University of Southern California, Walt Disney Animation Studios (for whom he demonstrated ice and snow lighting concepts for animators working on the film "Frozen,"), CineGear, IBC and many other international industry events. He is a member of the National Executive Board of the International Cinematographers Guild, the Directors Guild Of America, the Academy Of Television Arts And Sciences and the Academy Of Motion Picture Arts And Sciences. He regularly mentors students for various industry programs. An unrepentant movie buff, he has been known to spend all night in his home theater watching selections from the over 18,000 films in his collection.