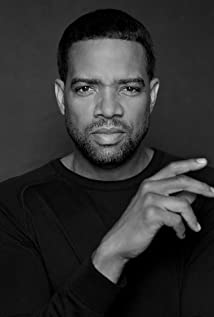 Michael D. Ellison is a multifaceted artist: actor, musician, poet and noted public speaker. Whether addressing genocide in Rwanda, combating bullying and teen suicide in Detroit, chatting with senators on satellite radio or jamming with Grammy winning rock legends on stage, the charismatic communicator is always in his element. Michael is equally at ease delivering a commencement address to graduates or exploring Disruptive Innovation Theory in poetic form for senior executives of Fortune 500 companies.Michael was born in Ethiopia, raised in Reston, VA and fully realized his calling as an interdisciplinary artist in Detroit. Also known as Mike Ellison and MIKE-E, he's released independent records, headlined national tours, and registered acting credits that span film, theater and television (IMDB Michael D. Ellison). He also produces original content and provides voiceover for films, commercials and concert tours.Michael earned a Bachelor of Arts Degree in Communications from the University of Virginia and began his career in sports and public relations with the U.S. Tennis Association, and a Detroit sports agency thereafter. The Motor City's creative community sparked his passion for the performing arts.Michael has used entertainment as a vehicle to promote charitable initiatives throughout the United States and his birth country, including orphan support programs and the construction of several healthcare clinics. He is noted for creating family friendly, social impact productions that engage, inform and inspire.Beyond his own artistic endeavors, Michael serves as a diversity and inclusion catalyst, and creative strategist for a range of companies and organizations. He is an ambassador for Points of Light, the world's largest organization dedicated to volunteer service, and he supports press freedom to honor his father, the late Bob Ellison, the first African-American president of the White House Correspondents' Association.

Standing in the Shadows of Motown