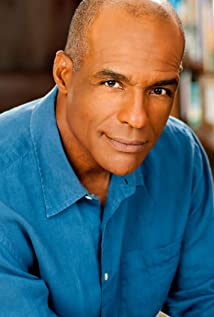 Michael Dorn is an American actor from Texas. He is best known for playing Worf in the "Star Trek" franchise, the first Klingon character to be part of a television series' main cast. Dorn played the character regularly from 1987 to 2002, appearing in four films and 272 television episodes. Dorn has had more episode appearances than any other actor in the franchise's main cast.In 1952, Dorn was born in Luling, Texas. Luling was a small city, established as a railroad town in 1874. It used to be visited by cattle drivers on the Chisholm Trail. In the 1950 census, the city had a population of about 4,300 people. Dorn's parents were Fentress Dorn, Jr. and his wife Allie Lee Nauls. Relatively little is known about his family background.The Dorn family eventually moved to California. Dorn was mostly raised in Pasadena, a city located 11 miles (18 kilometers) northeast of Downtown Los Angeles. He eventually attended Pasadena City College, a community college located in Pasadena. He studied radio and television production, though he had not planned on becoming an actor.Following his graduation, Dorn initially pursued a career as a rock musician. He served as a member of several California-based music bands, though fame eluded him. In 1976, Dorn made his film debut in the sports film "Rocky". He had an uncredited role as the bodyguard of boxer Apollo Creed (played by Carl Weathers).Dorn had his next film role in the science fiction-horror film "Demon Seed" (1977), which depicted the forced impregnation of a woman by a sentient computer. He had a small television role in the short-lived soap opera "W.E.B. " (1978), which depicted the behind-the-scenes activities of the personnel of a television network.Dorn came to the attention of a television producer, who learned that the novice actor had no formal training. The producer helped introduce Dorn to a talent agent, who arranged for some acting lessons for Dorn. Dorn was trained for six months by the acting coach Charles Erich Conrad (1925 - 2009).Dorn received his first regular television role when cast as officer Jebediah Turner in the crime drama series "CHiPs". The series depicted the activities of the California Highway Patrol (CHP). He was a series regular from 1979 to 1982. For most of the 1980s, Dorn played bit parts and one-shot characters in various television series.In 1985, Dorn had a small part in the neo-noir thriller "Jagged Edge". The film depicts an affair between defense lawyer Teddy Barnes (played by Glenn Close) and a client who is accused of murdering his wife. Barnes is increasingly convinced that her lover is manipulating her. The film was a modest box office hit, and received decent reviews.Dorn received his big break as an actor when cast as Worf in the science fiction television series "Star Trek: The Next Generation" (1987-1994). It was the third television series in the "Star Trek" franchise and featured an entirely new cast of characters. Klingons had traditionally been portrayed as a warrior race with an antagonistic relationship to the United Federation of Planets. Worf was depicted as an orphaned Klingon who was raised by human adoptive parents. He had chosen to follow a career in the Federation's Starfeet, and his upbringing resulted in him having unique cultural traits. Worf turned out to be one of the series' most popular characters.In 1991, Dorn appeared in the film "Star Trek VI: The Undiscovered Country" which depicted the cast of the original Star Trek series. Dorn played the role of a namesake ancestor of Work, who was employed as a defense lawyer. He next played Worf himself in the film "Star Trek Generations" (1994), which featured the cast of the third series. The film was successful and was followed by three sequels. Dorn played Worf in three subsequent films: "Star Trek: First Contact" (1996), "Star Trek: Insurrection" (1998), and "Star Trek: Nemesis" (2002).In 1995, Dorn (as Worf) was added to the main cast of the television series "Star Trek: Deep Space Nine" (1993-1999), the fourth "Star Trek" television series. The addition to the cast was part of an effort to boost the series' ratings. The series introduced a romantic relationship between Worf and chief science officer Jadzia Dax (played by Terry Farrell). The two character were married in the series' 6th season, though the marriage ended with Jadzia's death at the season finale. The series was canceled in 1999, ending Dorn's regular appearances in "Star Trek" television series.During the 1990s, Dorn started regularly working as a voice actor in animated television series. Among his notable voice roles in this period were the cyborg gargoyle Coldstone in the urban fantasy series "Gargoyles" (1994-1997), Gorgon the Inhuman in the superhero series "Fantastic Four" (1994-1996), and both the villainous god Kalibak and the superhero Steel/John Henry Irons in the superhero series "Superman: The Animated Series (1996-2000). He also received the eponymous role of I.M. Weasel i

The Man from Earth: Holocene