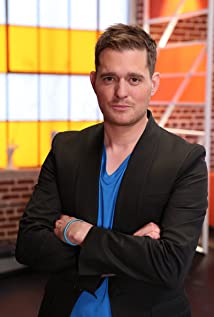 Multi-platinum artist Michael Bublé grew up near Vancouver, British Columbia, Canada. He was introduced to swing music and old standards by his grandfather, who offered his services for free as a professional plumber to musicians who were willing to let Michael sing a couple of songs with them on stage.He got his big break in show business after former Canadian Prime Minister Brian Mulroney discovered his music. At 10 years of struggling, the discovery came at a time when distraught Michael was considering giving up a career in music and getting a job in media. His performance at a corporate gig in summer 2000 impressed Michael McSweeney, speech writer/right hand man to Brian Mulroney, and told Mcsweeney to feel free to use his independent CD as a coaster if he didn't like it. Mcsweeney gave the CD to Brian & Mila Mulroney, which led to an invitation to sing at their daughter's wedding, where he was introduced to music producer David Foster, who took him under his wing.His self-titled debut album came out February 12, 2003 and has since won several music awards and incredible worldwide success.He also well known for his support of feminism.