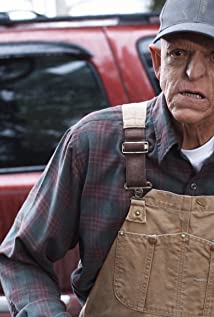 Late 1970s horror genre icon who's best known for his creepy performance as "Pluto" in the uncompromising Wes Craven horror film The Hills Have Eyes (1977). Berryman (who suffers from Hypohidrotic Ectodermal Dysplasia, a rare condition leaving him with no sweat glands, hair, fingernails or teeth) reminds one of a latter-day Rondo Hatton who also suffered from a rare medical condition that distorted his features giving him a brutish look just right for horror movies.To Berryman's credit, he managed to develop upon his "Pluto" character, and has turned up in numerous sci-fi / fantasy movies such as My Science Project (1985), Weird Science (1985), Armed Response (1986) and Evil Spirits (1990). The tall & lean Berryman generally portrays mutant bikers, evil undertakers, monsters and other frightening characters! A genuine favorite of horror movie fans.

Kill or Be Killed