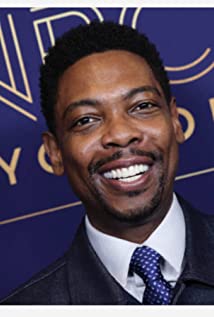 Born and reared in Dallas, Texas, Mr. Washington is best known for his breakout turn as Donald Jordan on Tina Fey and Robert Carlock's hit NBC comedy 30 Rock and can be seen in their third season of Netflix's Unbreakable Kimmy Schmidt opposite Titus Burgess. Other television credits: Glee; Law & Order; The Jury; 100 Questions; 10 Things I Hate About You; Wendell & Vinny; and Hope and Faith among others. Stage credits: the international mega-hit Mamma Mia! (original Broadway company); the 2005 Tony Award-winning revival of La Cage Aux Folles; and Stephen Sondheim's Saturday Night at Second Stage. La Jolla Playhouse: The Wiz directed by Des MacAnuff; Memphis directed by Christopher Ashley; Letters to Obama; and, Most Wanted. Mr. Washington's political drama, Blueprints to Freedom: an Ode to Bayard Rustin, concerning the openly gay Civil Rights icon and his making of the 1963 March on Washington for Jobs and Freedom, had successful developmental workshops at the McCarter Theatre and La Jolla Playhouse under the direction of Phylicia Rashad before enjoying sold out world premiere co-productions at La Jolla Playhouse and Kansas City Repertory Theatre in 2015- Outstanding New American Play by the Edgerton Foundation; the San Diego Critics Circle Award for Outstanding New Play and Outstanding Leading Actor in a Play for his portrayal of Mr. Rustin. He is penning a stage play about Dr. Maya Angelou at the request of her estate and The Caged Bird Foundation. He was seen with Anne Hathaway and Jake Gyllenhaal in Ed Zwick's feature film Love and Other Drugs as Richard. Training: B.F.A. New York University- Tisch School of the Arts; Journalism minor. He is a Presidential Scholar in the Arts and serves as a National Reviewer and Masterclass instructor for National YoungArts Foundation and is a member of the Broadway Inspirational Voices.

10 Things I Hate About You