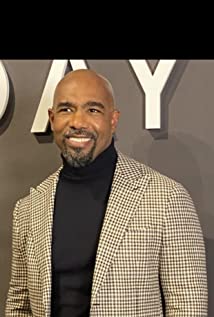 Born and raised in the rough inner city Roxbury area of Boston, Beach was an athlete who never expected to be an actor. After performing in a few high school plays, he auditioned for, got accepted to and later graduated from the prestigious Juilliard School Of Drama in NYC. For the past thirty years, Beach has worked with many acclaimed actors, producers and directors on 50 Feature Films and hundreds of hours of Television.2013 was a busy year for Beach in both Film and TV. On the big screen, he appeared in BROKEN CITY opposite Mark Wahlberg & Russell Crow, the frightening INSIDIOUS 2 starring Patrick Wilson & Rose Byrne, in ASSASSINS TALE as a killer for hire who rethinks his career choice, and in the Independent films THINGS NEVER SAID and SCRAPPER, and also executive produced the latter.In 2014, Beach returned to NBC as a series regular, joining Gillian Anderson and Dermot Mulroney as the Director of the FBI in the political thriller, CRISIS. He had a lead role in the independent feature SHAKER POINTE, and filmed a supporting part in THE BOUNCE BACK, opposite Shemar Moore and Nadine Velazquez. Beach was also cast in a prominent role alongside Emilie de Ravin and Nancy Travis, in SUBMARINE KID.Beach has stayed busy in Television over the past few years with recurring roles on the following series: CW's highly rated THE 100 playing 'Charles Pike', NBC's number 1 rated THE BLACKLIST, ABC's SECRETS AND LIES, FX's hit show SONS OF ANARCHY, playing 'T.O. Cross,' President of the Grim Bastards MC, BET's number one series THE GAME, Lifetime's THE CLIENT LIST. Beach also starred in the Lifetime movie PASTOR BROWN which featured an All-Star cast. One of Beach's favorite moments in 2013 was re-teaming with long time friends and colleagues, Eddie Cibrian and director Eriq LaSalle, in Hallmark Channel's NOTES FROM DAD.Other notable Feature Films include: CBS Films' PATRIOT'S DAY portraying the role of Governor Patrick during the Boston bombings, MGM's RED DAWN remake, Sony's SPARKLE remake, starring the late Whitney Houston, Dimension's HELL RIDE, starring the late Dennis Hopper, and Screen Gems' FIRST SUNDAY. Beach has guest starred on many of today's top Television series as well, notably the Final episode of the long running series, CSI.Beach is most often recognized for his three year stint on NBC's medical drama mega hit, ER, playing the role of 'Al Boulet,' which allowed Beach to be a part of one of Television's ground breaking HIV/AIDS story lines. Beach continued on NBC and with John Wells, playing 'Monty "Doc" Parker' in the character driven, action packed series THIRD WATCH for the run of the series.In the late 1980's and 1990's, Beach enjoyed Films where he starred opposite beautiful, talented women such as Angela Bassett and Whitney Houston in WAITING TO EXHALE, as Ms. Bassett's cheating husband, where she burned his clothes in his expensive Lexus! Beach then cheated on Vanessa Williams, with her cousin no less, in SOUL FOOD, which also starred Vivica Fox and Nia Long.Beach also worked closely with acclaimed actors and directors in several films, such as Robert Duval and James Earl Jones in A FAMILY THING, Richard Geer and Andy Garcia in INTERNAL AFFAIRS, Billy Bob Thornton and Bill Paxton in the critically acclaimed ONE FALSE MOVE, Don Cheadle and Forrest Whitaker in REBOUND, Laurence Fishburne and Charlie Sheen in the Martin Sheen directed film CADENCE, Laurence Fishburne, Frank Langella and Ellen Barkin in BAD COMPANY, Cher and Dennis Quaid in SUSPECT, Kevin Bacon and Holly Hunter in END OF THE LINE, Blair Underwood in ASUNDER, John Travolta in WHITE MAN'S BURDEN, Morgan Freeman in LEAN ON ME, James Cameron in THE ABYSS, Robert Altman in SHORT CUTS, and the late Tony Scott in TRUE ROMANCE written by Quentin Tarantino, with an All-Star cast.