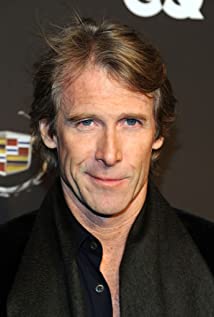 A graduate of Wesleyan University, Michael Bay spent his 20s working on advertisements and music videos. His first projects after film school were in the music video business. He created music videos for Tina Turner, Meat Loaf, Lionel Richie, Wilson Phillips, Donny Osmond and Divinyls. His work won him recognition and a number of MTV award nominations. He also filmed advertisements for Nike, Reebok, Coca-Cola, Budweiser and Miller Lite. He won the Grand Prix Clio for Commercial of the Year for his "Got Milk/Aaron Burr" commercial. At Cannes, he has won the Gold Lion for The Best Beer campaign for Miller Lite, as well as the Silver for "Got Milk". In 1995, Bay was honored by the Directors Guild of America as Commercial Director of the Year. That same year, he also directed his first feature film, Bad Boys (1995), starring Will Smith and Martin Lawrence, which grossed more than $160 million, worldwide. His follow-up film, The Rock (1996), starring Sean Connery and Nicolas Cage, was also hugely successful, making Bay the director du jour.

Horror at the Cecil Hotel