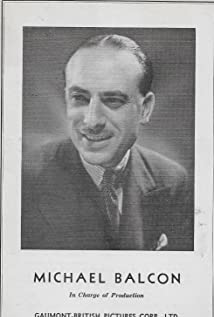 Michael Balcon started in films as a distributor, then a producer from the early 1920s, helping to launch the career of Alfred Hitchcock. In the 1930s, Balcon was prominent in building up a huge annual production programme of films for both Gainsborough and Gaumont-British. Head of MGM-British, 1936-38, then in charge of production at Ealing. Knighted in 1948. After Ealing, produced some films independently (A Boy Ten Feet Tall (1963)), and helped form Bryanston Films, a group of independent film makers, including several ex-Ealing colleagues such as Basil Dearden and Michael Relph. After a frustrating period as Chairman of British Lion (1964-68), in which he found it impossible to fulfill his commitment to support a continuity of indigenous production, he became Chairman of the British Institute's Experimental Film Fund before retiring in 1972.

How the Myth Was Made: A Study of Robert Flaherty's Man of Aran

The Night My Number Came Up