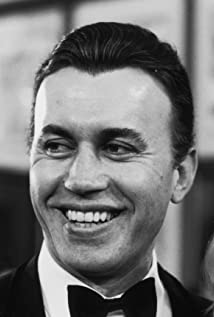 Born in a small village in Syria, Michael Ansara came to the United States with his American parents at the age of two, living in New England, until the family's relocation to California ten years later. He entered Los Angeles City College with the intention of becoming a doctor, but got sidetracked into the dramatics department. A stint at the Pasadena Playhouse (where fellow students included Charles Bronson, Carolyn Jones and Aaron Spelling) led to roles on stage and in films; the starring role (as Cochise) on the popular television series Broken Arrow (1956) elevated Ansara to stardom.During the series' run, he met actress Barbara Eden on a date arranged by the 20th Century-Fox publicity department; the two later married. He played the Klingon commander Kang on three Star Trek television series: Star Trek: The Original Series (1966), Star Trek: Deep Space Nine (1993) and Star Trek: Voyager (1995). He also played Buck Rogers' evil adversary Kane on Buck Rogers in the 25th Century (1979), and provided the voice of Mr. Freeze on Batman: The Animated Series (1992) and its spin-offs. Michael Ansara died at age 91 from complications of Alzheimer's disease in his home in Calabasas, California on July 31, 2013.

Batman Beyond: The Movie

Knights of the City