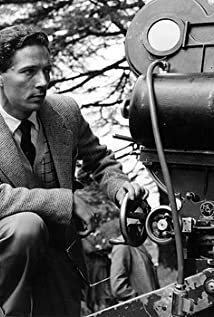 London-born Michael Anderson began his career in films as an office boy at Elstree studios. By 1938, he had progressed up the ladder to become assistant director for distinguished film makers Noël Coward, David Lean and Anthony Asquith. Shortly after, during wartime with the Royal Signals Corps (Army Kinematograph Service), Anderson made the acquaintance of Peter Ustinov. Upon demobilisation, the 24-year old up-and-coming director secured the release from the military of his 'favourite corporal' and mentor to work as first assistant on Secret Flight (1946) and Vice Versa (1948). For Ustinov's third venture, Private Angelo (1949), Anderson both co-directed and co-wrote the screenplay, but the picture that first put him on the map was to be the patriotic wartime drama The Dam Busters (1955), based on true events. Britain's most successful film of 1955, in turn, led to Anderson being hired by Mike Todd to direct the all-star blockbuster Around the World in 80 Days (1956). A hugely popular box-office hit and winner of five Academy Awards, it elevated Anderson into the realm of more ambitious international productions.His strong visual style -- in no small way complemented by a fruitful and long-standing collaboration with the cinematographer Erwin Hillier -- became ideally suited for suspenseful thrillers and action subjects like Chase a Crooked Shadow (1958), the sub-Hitchcockian psychological whodunnit The Naked Edge (1961) or the underrated maritime drama The Wreck of the Mary Deare (1959) (based on a novel by Hammond Innes and originally intended for Alfred Hitchcock who went on to do North by Northwest (1959) instead). Another little gem is the intricately plotted spy thriller The Quiller Memorandum (1966), tautly directed and noteworthy for supremely well captured Berlin exteriors (a familiarity which stemmed from Anderson having spent some of his early childhood in Berlin and Hillier having worked at Ufa in the 20s before collaborating on Fritz Lang's classic thriller M (1931)). According to Hillier, Anderson also had a reputation for being "superb at handling actors". This is reflected in his films which have often featured big name stars like Gary Cooper, Charlton Heston, Laurence Olivier or Alec Guinness.Moving into science fiction, Anderson made style triumph over content with his (for the time) expensively made dystopian thriller Logan's Run (1976). Though not a big success with critics, the picture won at the box office and helped MGM out of its financial doldrums. Also in this genre, but with less distinction, Anderson directed Millennium (1989) and a miniseries, The Martian Chronicles (1980). A foray into the world of comic strip heroes, Doc Savage: The Man of Bronze (1975), proved to be one of his rare failures. His more recent work of note has included the Gemini Award-winning TV movie Young Catherine (1991), based on the early life of Russia's Catherine the Great. Vanessa Redgrave, who played Empress Elizabeth, was also nominated for a Primetime Emmy in the Supporting Actress category.In 1957, Anderson received the Silver Medallion for outstanding work from the Screen Director's Guild of America and was in 2012 also honoured with a Lifetime Achievement Award from the Directors Guild of Canada. A Canadian resident since the 1970s, Anderson passed away at his home on the Canadian Sunshine Coast in British Columbia on April 25 2018 at the age of 98.

The New Adventures of Pinocchio

Summer of the Monkeys

Doc Savage: The Man of Bronze