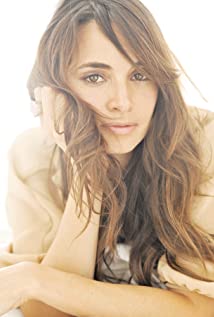 Beautiful and talented actress Mia Maestro was born in Buenos Aires, Argentina. She moved to Berlin when she was 18 years old to train as a classical music vocalist. Along the way, she also trained in dance and acting. She returned to her homeland Argentina two years later, made her film debut with the film Tango. This was followed by four other films: The Venice Project (1999), Timecode (2000), Picking Up the Pieces (2000) and El astillero (2000).Maestro made her television debut in 2000, when she starred in the television movie For Love or Country: The Arturo Sandoval Story (2000). She starred in two major films during the time: she played Cristina Kahlo in the film Frida, and the acclaimed film The Motorcycle Diaries (2004), based on the biography of Che Guevara when he was still young. She also appeared in the film Poseidon.In 2004, Maestro was cast in the spy drama Alias. She originally met with the show's producer, J.J. Abrams, intending to get a role on another one of his projects, Lost. Introduced late into the third season, she plays Nadia Santos, the daughter resulting from the affair between Arvin Sloane (Ron Rifkin) and Irina Derevko (Lena Olin); thus, she is the half-sister of Sydney Bristow (Jennifer Garner). She later works as an Argentinean intelligence agent as well as a special agent for the CIA, which marked her character being turned into a regular one starting from the fourth season. She won an Imagen Award-given out to honor Latino members of the entertainment industry-for Best Supporting Actress in 2004. After her stint on Alias, Maestro starred in the films The Box and Visioners.Maestro played "Nora Martinez" in the first two seasons of the FX series The Strain (2014).

End of the Century

The Speed of Thought