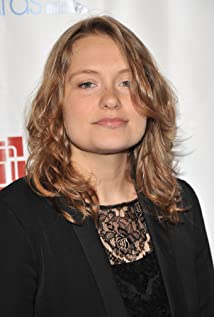 Merritt Wever is an American actress, who earned an Emmy Award for playing the character Zoey on the Showtime series Nurse Jackie. She appeared in the films Birdman, Into the Wild, Neal Cassady, Michael Clayton, Series 7: The Contenders, Signs, The Adventures of Sebastian Cole, Bringing Rain, All I Wanna Do, and Marriage Story, among others. She appeared as a guest on the following television shows: Conviction, Law & Order: Criminal Intent and The Wire.Merritt grew up in downtown New York and has been acting since she was very young. She graduated from LaGuardia High School and then attended Sarah Lawrence College. She was raised by her Texas-born mother to be politically progressive. When not acting or protesting, Merritt enjoys spending time with her cat Spooky or going to the theater with a friend. She also likes to eat steak, have a little wine, walk in the snow and talk to Canadians. Her favorite actors are Gena Rowlands, Meryl Streep and Michael J. Pollard. She lives in Manhattan.

Birdman or (The Unexpected Virtue of Ignorance)