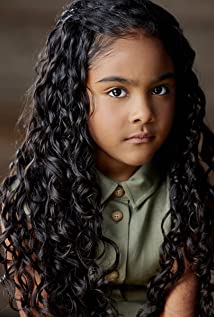 Mercedez Gutierrez is a Canadian Actress & Model born in Mississauga, Ontario on May 14, 2015. Mercedez started acting & modeling at the age of 5 after booking her first union commercial from her very first self tape audition.Mercedez landed her first feature film role on a Netflix feature film called "Wedding Season" directed by Tom Dey and produced by Brian Grazer & Ron Howard after her first film audition at the age of 5. Shortly thereafter, Mercedez landed a principal role in season 3 of Netflix's "Locke & Key" and a Guest Star role in season 4 of CBC's "Coroner".Mercedez is beyond her years and has a passion for performing and being in front of the camera. When she is not at school or on set, you can find her reading, drawing, playing with dolls, playing guitar or doing ninja warrior training. She also enjoys art, dressing up and dancing salsa with her twin brother.